I Believe in Blog 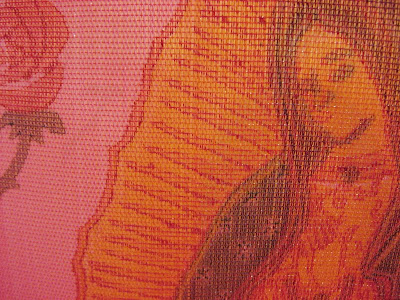 I hope there is a God, if only to bless the Catholic nuns who are supporting Health Care Reform.  Sister Simone Campbell,  and 59,000 nuns oppose the US Conference of Catholic Bishops on Health Care.  The nuns reject the bishops' concerns that Federal money will fund legal abortions in the Health Care bill.  The nuns say it isn't so.  They have read the bill.

They work in hospitals and community centers which largely serve poor women and children.  They say the bill will provide coverage and support for the uninsured, those denied coverage for pre-existing conditions (pregnancy), and support of pregnant women.  They call the bill "pro life" and are urging a
"life-affirming 'yes' vote."  They say extending health coverage to 30 million people is right.

Sister Simone Campbell, the executive director of Network, an American Catholic lobby group, representing 59, 000 nuns, in a radio interview on As It Happens ( a Canadian broadcast I listened to last night) said she could not speak for the Catholic Bishops' position, other than to say it was a political divide, and not a divide in the church.  She said, My mother always said not to talk about religion or politics....and here I am talking about religion and politics!

I am not from a family of believers.  And, we loved to talk about politics, so it's a little hard to understand the concept.  Maybe, in my family, politics is religion!  I'm also a feminist, who wonders why the men in the Church ( Bishops) oppose Health Care Reform, but the women (Nuns) see the value?  Isn't this a women's issue?   A weaver's blog may be stretching thin to cover this topic, but I'm thinking about all of this while I'm weaving, throw that shuttle, bang that beater!  It doesn't take too much imagination to think of an uninsured 24 yr old woman, pregnant, out of college, working at a restaurant for maybe $8 / hr.  What are her options?

Our Federal tax money supports many, many things I am ideologically opposed to.  War.  The fiasco fence at the Mexican / US border.  The arrest of 300 workers at Postville, Iowa in May, 2008. Those are just the first 3 that come to mind.  Abortion is legal, and should be protected and funded by Federal money, in my opinion.  This bill, unfortunately,  does not do that.  This bill does allow a woman, whose employer does not provide health benefits,  to consider having her baby, with medical care, pre and post natal.  This woman might be my daughter, or yours.
Posted by Avalanche Looms / Susan Johnson at 11:55 AM

YES!!! i wish i could have a cup of tea with you & talk some more
i fell down the rabbit hole with your blog last week
so glad to find quality weavers!
your work is just lovely! so are you photos
thanks for the words today
grace

I'm glad you posted this. We have let the screamers and irrational people dominate the conversation for way too long.

Thank you. Happy weaving and may you (and all of us) have more peaceful thoughts to contemplate soon.

Another (same) side of health care reform, I'm nearly 60, 3 "grown" kids, 2 will be in college, no work in this area, self-insured (for several years) now at newly raised cost of nearly $1,100 per month, and we'll likely lose that before long. And those who must be self-insured are never mentioned in the health reform discussion.

On a more pleasant note, I'm really enjoying the Finnish-American rag rug book. Thanks for bringing it to our attention! Now, back to my rug weaving!

The reform bill will go through the Congress and Senate and we will all be better for it--health care is a right!!!!!-barb

I agree wholeheartedly! A woman has the right to control her own body and the directions she wants her life to take. Healthcare is a right and the inequity needs to be addressed. Thank you for speaking out...
and for such a wonderful blog, I never miss a post!

I was drinking a lot of coffee this morning, but I'm glad you all seem to know where I'm coming from

S.
your coffee is my communion!

Debbie, The Health Care bill passed! --and coffee is still on my inspirational beverages list

Hard to believe, isn't it? I heard Rush Limbaugh pledged to move to Costa Rica if the Health Care bill passed in the house....

too bad for Costa Rica--wouldn't wish that guy on anyone--but hey, at least we're not a third world country anymore when it comes to health care--I guess "yes we can" turned into "we did"

DEEP END OF THE LOOM said...

If Limbaugh was being honest, I'll buy him his one way ticket there!! I agree that everyone no matter what circumstance should be able to have health insurance. What the pros or cons of the way it will be handled we can only wait and see. Hopefully everyone can rest easier knowing that if they get ill they can get help. Other countries have had this system for years and it seems to be working why can't we, "the super power" of the world make it work. I really fault the media for all the hype they create over everything, spin it the way they want everyone to see it.

We passed it!! I'm totally on this side of things, especially with the nuns. Those women are making me so happy, fighting for equality and life (in a more true sense than the "pro-lifers") even though their male "superiors" (can you see the sarcasm dripping from that word?) are against it. Way to go women!

I swear, if it wasn't so dang sad it would be funny watching all those old men, jumping up and down about what women can and can't do with their bodies.
Thankfully something has gone through, now beefing it up to what it SHOULD have been might be a little easier. Honest if we are going to make wars and bail-outs social programs, why not good affordable healthcare for all.

This is a great post. We read about the health care bill getting passed while in Spain.
We jumped for joy! Not the best or the greatest but, it's a beginning and hopeful for a better future in the USA.

Hooray for the ability to be able to speak our minds, and speak from our hearts! Thank you!

I'm really happy to hear so many votes of support of health reform. Who are the ones so angry that government is taking over their health care?

It's too bad that many of the "reforms" won't begin until years from now, and that without a public option , some people, especially children, are still left out

love your thoughts and your blog. i feel like i have found a home. thank you!

thanks for this one, mama. even though we talk about it on the phone a lot I still like to read how you put it all together.
AND LET'S NOT FORGET THAT THIS ISN'T JUST A WOMEN'S ISSUE! as I've learned from you and dad, men can (and should be) feminists, too. seriously, what is going on??? women aren't having unwanted pregnancies as immaculate conceptions that I am aware of.
well, I could go on forever as we often do, but I like to see a weaver, my mama, include some of the other things that you feel passionately about in your life. being a self-employed weaver has a lot to do with affordable healthcare. bravo for letting the coffee move your fingers on the keyboard. IN BLOG WE TRUST.

Right, Ursula, but "feminist" isn't the adjective that leaps to mind when I think of the Vatican, bishops and 1000 or so men in the Church hierarchy