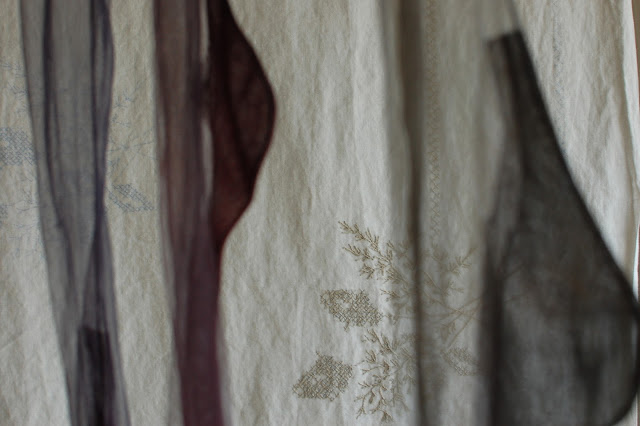 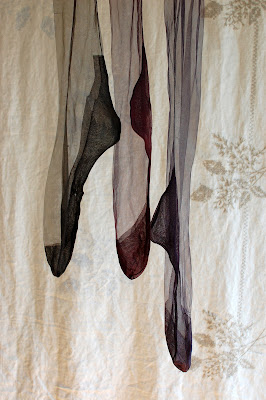 The Republican Party has been taken hostage by Christian fundamentalists with such a bold and regressive social agenda, it makes my head spin.  I am a feminist, social democrat, in case that wasn't clear. Also, I'm the mother of two young women about the same age, and socio-economic status of Sandra Fluke ( a young woman advocating for better access to affordable contraceptives from their insurers, and called a slut on a nationally syndicated radio show for her effort). Neither here, nor there, but to acknowledge my emotional bias.

So I am mystified, as in, there's something fishy about this, about why the Republican Party's presidential candidates, now all men, are so cheerfully self destructing their party's chance to win the Presidential election in 2012.  According to them, women's reproductive systems seem to be the main problem facing our country.  The Catholic Bishops don't like it, Republican Governors don't like it, none of the Republican hopeful candidates like it, a certain radio talk show host guy doesn't like it, and Senator Issa doesn't like it. But, like it or not, women have these lady parts. And we have ideas about how we want and  don't want to use them.  They say, No, it's about religious freedom, but it comes down to what these guys want is  to get right in and tell us what not to do with ourselves.  This presents a problem for them, though, because attached to every female reproductive system is an actual woman, who has a mind, and a vote. Women are 54% of the electorate, and we're getting mad.

I don't get it. If they want to control what a women can do with her body, shouldn't they at least try to win our hearts and minds?  Shouldn't they be offering something good?  But no,  they talk about this outrageous and invasive private stuff as if we aren't even in the room, listening, with our jaws dropping.

This anti-women agenda, to limit women's economic options and educational opportunities, takes back any small gains we've made.  Equal pay and educational opportunity are still a dream.  In my state of Wisconsin, a Republican senator, male, just introduced a bill to link Single Parenting with child abuse and neglect.  No surprise that the majority of single parents are women. Marriage legitimizes this problem, apparently,  not quality affordable child care, health care, and equal wages.

I admit my buttons on women's issues are easy to push, and my youngest son knows it.  So, he sent me an email yesterday with a link to Mitt Romney's casual remark that, if elected, Obama care would be toast, and"we're going to get rid of Planned Parenthood." My son also put red meat in front of me with another comment on Romney's pronouncement, Don't the Republicans remember that women have the vote? to which someone else replied,  We're going to get rid of that.

In my old  school days, when a boy's fly was unzipped, we'd say "shut your barn door,  the horses are running away."  Well, I think these guys, candidates, Bishops, talk-show-host-guy, Senators, Governors have let their horses (yuck) out of the barn, and I don't think there's any apology, or anything else they can do now to shut that barn door.

Thanks, Michelle and Deb. Women need to hang together on this.

I am a lifelong Christian and Liberal Democrat who homeschooled her children. According to conventional wisdom, I am in the wrong political parry. Not!!! And attending homeschool conferences for 12+ years, I was not alone. All those years, because I homeschooled, the GOP ASSUMED I was one of them. Boy, did they get a wrong number!

I lived through women's lib etc. when I was a young working woman, and now we'll have to do it all again, repeal all these laws, national and state-by-state?

So what can we do? Sign petitions, VOTE in every election, and give to campaigns. We've seen what happens with a Dem President and GOP controlled house. And in WI with GOP Gov and GOP controlled assembly. We need to gain a majority everywhere. Don't assume others will take care of it, we ALL need to get involved!

Well said!! It IS SHOCKING to me how stupid the republicans are acting this goround. Well, they usually act stupid but this is BEYOND belief! I will admit I live in a bubble out here in SF bay area. I'm pleased to hear that others across the US are not going to put up with this. VOTE, VOTE, VOTE!!!!

Well said........I'm with you.
As far as I'm concerned, the Republicans are stepping on their 'you know whats'.
I think their chances of getting to the white house are slim and none.
They have done a fantastic job of pissing off women, and yes, we vote.

I have a daughter and three grandaughters--never have I heard and read such hateful attacks on women. We need to unite and stop this-sluts vote

I'm a Canadian who has a daughter living in Maine, so I watch the political gong show down there with interest. She is a Democrat and he's a Republican (mixed marriage)

I have listened to all the GOP candidates and wondered what the heck has happened to people down there?! Is Obama the only voice of reason??
The GOP and candidates are taking women's issues back 50 + years. They being MEN, who feel our lady bits are their private domain.

Many years ago ( early 80's) I decided to have a tubal ligation after having two healthy children. My Gyn Dr wanted a sign 'permission slip' from my then husband to have it done. I flat out refused.
It's my body and nobody else's business. (I did get the tubal)

I laughed yesterday when I read there is a state where they are trying to pass legislation where men who want to take viagra will have to provide a note from their sexual partner/ spouse that he is sexually soft in the junk department....for real!
Now, there's something we could support!

All kidding aside: if the current policies and attitudes of the GOP continue on the present track....and they elect a president, it has consequences for more than the USA. The world has already suffered through 8 years of a GOP Bush. It simply can't can't happen again...

Janice, I think it's going to be a lot of work, but maybe there are a lot more of us on the same page now.

Kathryn, Contraception. That leveled the field. Women could make plans for education, careers. Imagine the stress on families without it in today's economy. I picture that Dorothea Lange photo of the mother in the 1930's Depression

Hilary, that's why I'm suspicious.
It seems like they're shooting themselves in the foot...but why?

Susan, Glad you stood your ground on the permission slip. About the US, I know, it's embarrassing.This time around the GOP has brought out the crazy.

ladies, although I don;t live in the States and am not following all the news/politics, I too am amazed at how incredibly stupid some men still are concerning us women...not only in private it would seem but also in public life/politics, I always wonder what the women in their lives (mothers/wives/girlfriends/daughters )are thinking when they hear their men talk in this fashion?! and also what I never understood, contraceptives are to their benefit as well! lets them off the hook, I can only vote over here in the Netherlands, always do and urge all women to keep on voting, good luck to you all over there....

Thanks, Susan, for this post. I've found that my choices lately are turn off the news or go crazy. When I listen to the news it reminds me of Margaret Atwood's Handmaid's Tale.

Hear, hear! (Or is it here, here?) In any case, I am hoping that the Republicans are so concerned with slamming each other during this primary race that they won't have a chance in November. I find it amazing that Santorum, who is so amazingly right wing on so many issues, is doing so well. Maybe it would be best if he were the Republican candidate, because I cannot, will not, must not believe that someone with his views could possibly get elected in my lifetime. Romney can sound relatively sane by comparison.

And guess why many women are forced to be single moms? It wasn't their first choice, typically. But that being beside the point, rock on!
Just watched a documentary called "lets talk about sex"
highlighting the key differences between sex ed in the U.S. vs. that of Europeans and the difference in teen pregnancies it leads to. Very interesting....
http://www.advocatesforyouth.org/press-room/1811

Saskia, I have been to the Netherlands, and Sweden and Finland, where the political life is much more suited to my way of thinking--much more support and respect for people, and women especially. Also, artists. But lately it feels like the US has turned away from that, toward austerity, and pushing women back into work for little or no pay. Stay at home, be pregnant. Don't over educate women! It's crazy.

Jude, you sensible woman. I'm glad you're in.

Peg, I miss the good old fashioned Republicans that I used to like to talk with about all these issues. Can't believe Romney throwing women under the bus with his Planned Parenthood remark. So many rural women here need those clinics, or they've got nothing

Nancy, and if there is legislation passed (as in Wisconsin yesterday) that women's pay equity can't be enforced, I see women pushed into the stressful life of low wages at 78¢ on every $1 a man earns, no childcare, losing access to contraception, and the threat of losing your children for neglect and abuse,
and a woman might just conclude that it's easier to stay at home, and be married. Back to the time before birth control, when women worked at home for no pay, and women's work did not even figure into the GNP. Women, who raised and educated the next generation of workers were an unpaid, unacknowledged work force. If you believe in austerity, how are you not going to love the idea of getting back to "family values" like these?

those CSs -- ala Deadwood!

It occured to me that you might like to read a blog written by a grandmother Helen Philpot on her views of the state of politics in the USA.
She's writing the posts like she is talking to her BFF Margaret (who's husband is a Republican)
She doesn't mince words and gives it straight.

Going back through her older posts is a riot to read... and she has a loyal following.

Velma, feels good to get some of this out of my brain so I can think about weaving again

Susan,
Thanks for the Margaret and Helen link--it cheers me right up. I never heard of it before. 82 yrs old, good common sense, and 600+comments. She's doing something right

Yes!!
You are so articulate Susan...... you put my thoughts (scattered by disbelief and anger) into words.

Oh, Julie. You live in AZ! We may have to sneak in and rescue you!

Mom is visiting & she read your blog. She said, "You go girl! I'll join you on a march on Washington, even with my walker! I agree completely, but still think Romney is the 'pick of the litter' ."
Love & happy memories, Joyce C.

Chris!
Joyce, No, You go! This is why I love to blog--the happy surprise of hearing from old friends. I'll bet you would get your body down to march on Washington!
Best wishes, and love to both of you--Susan

k, thanks. So many of us of the same mind, it seems

Annie, it's too crazy, and not crazy wonderful