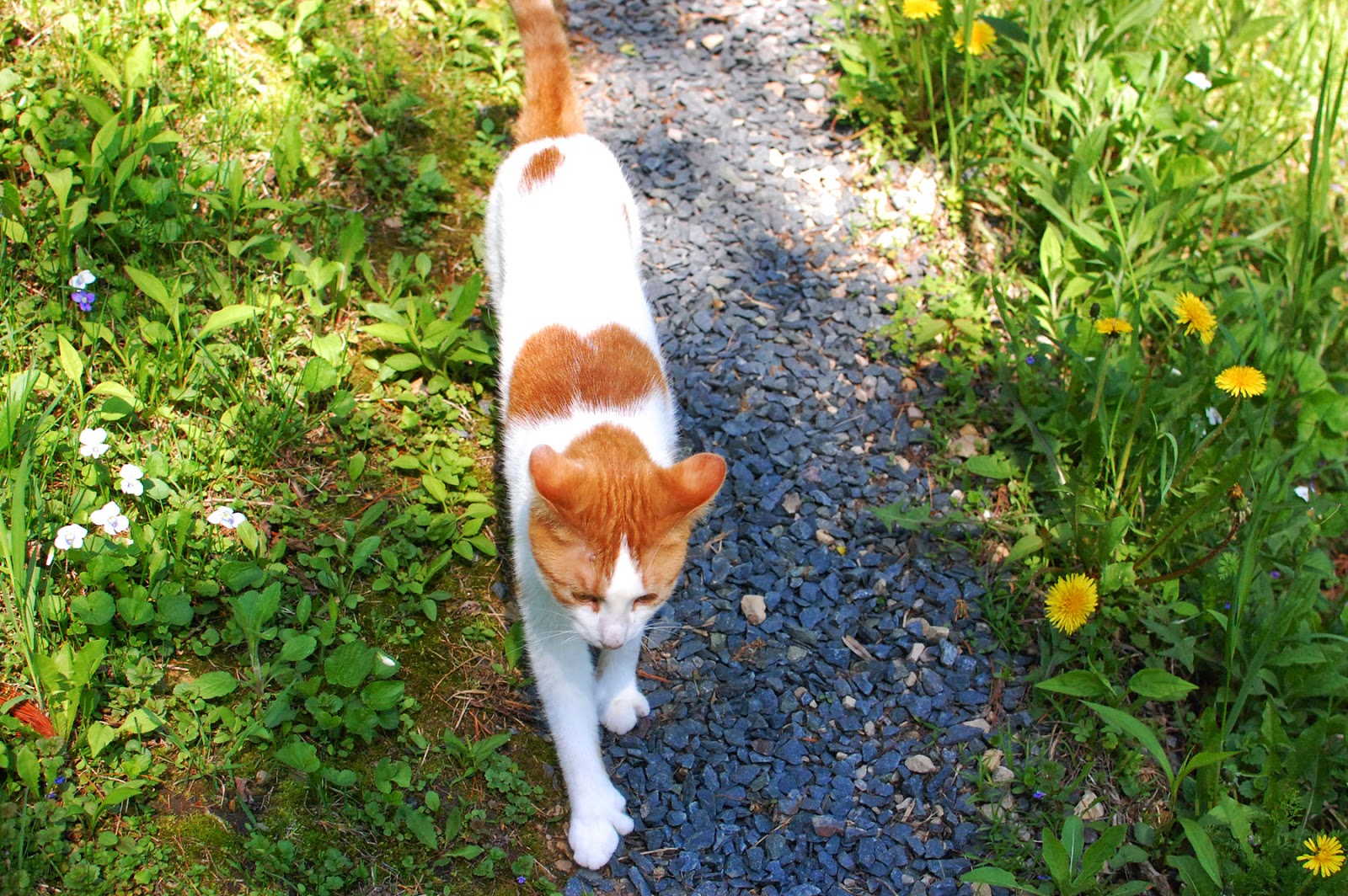 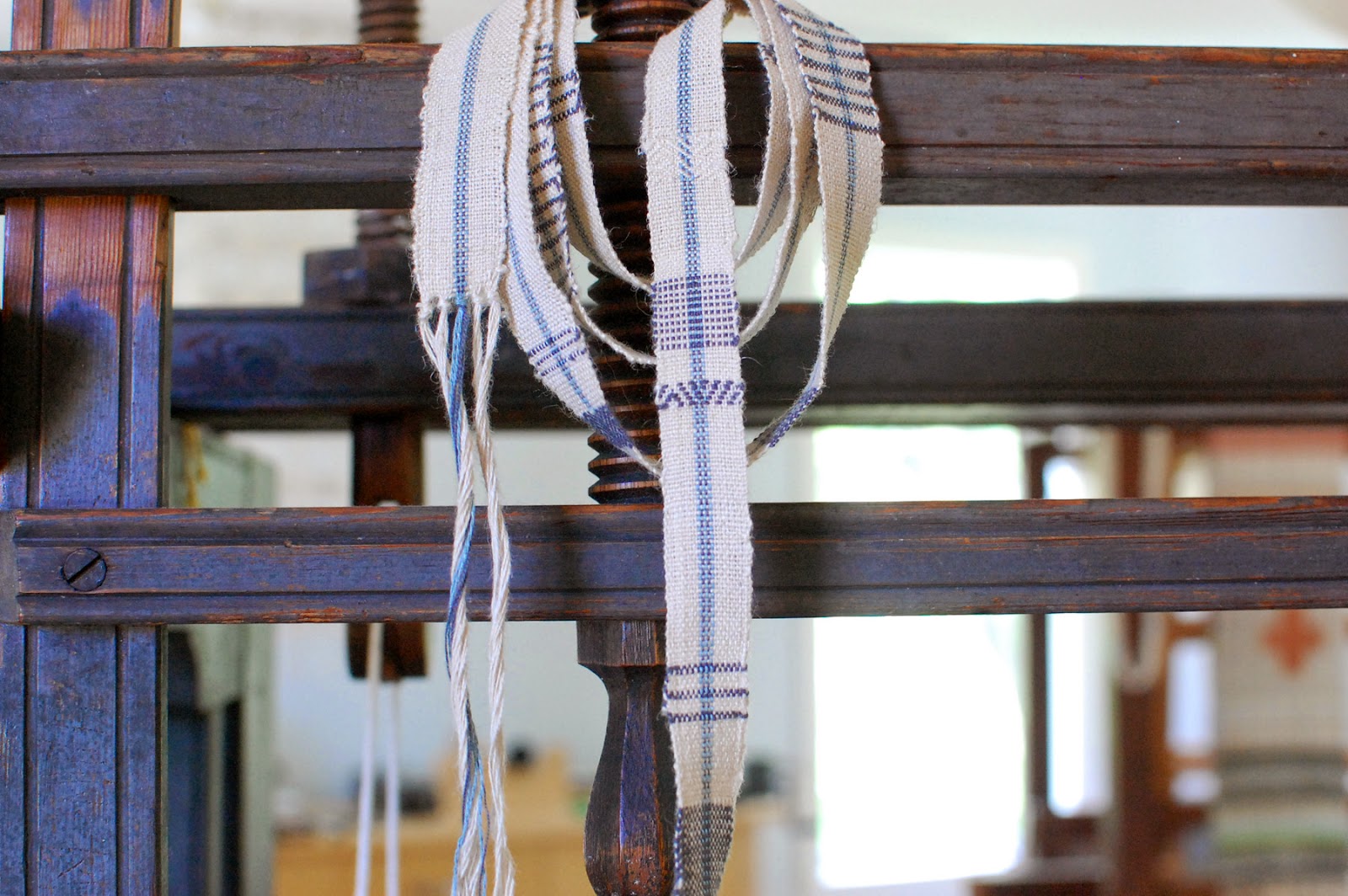 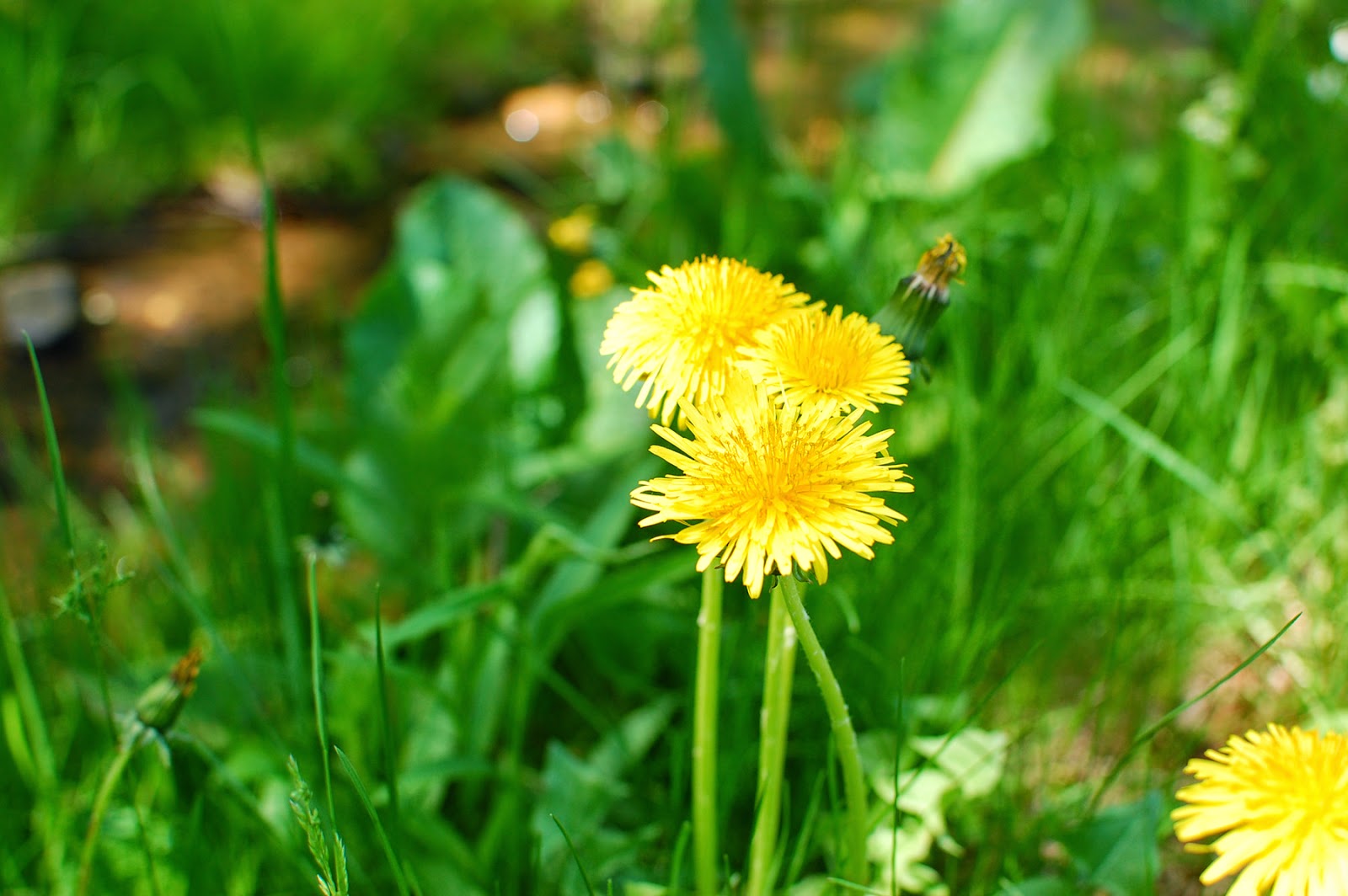 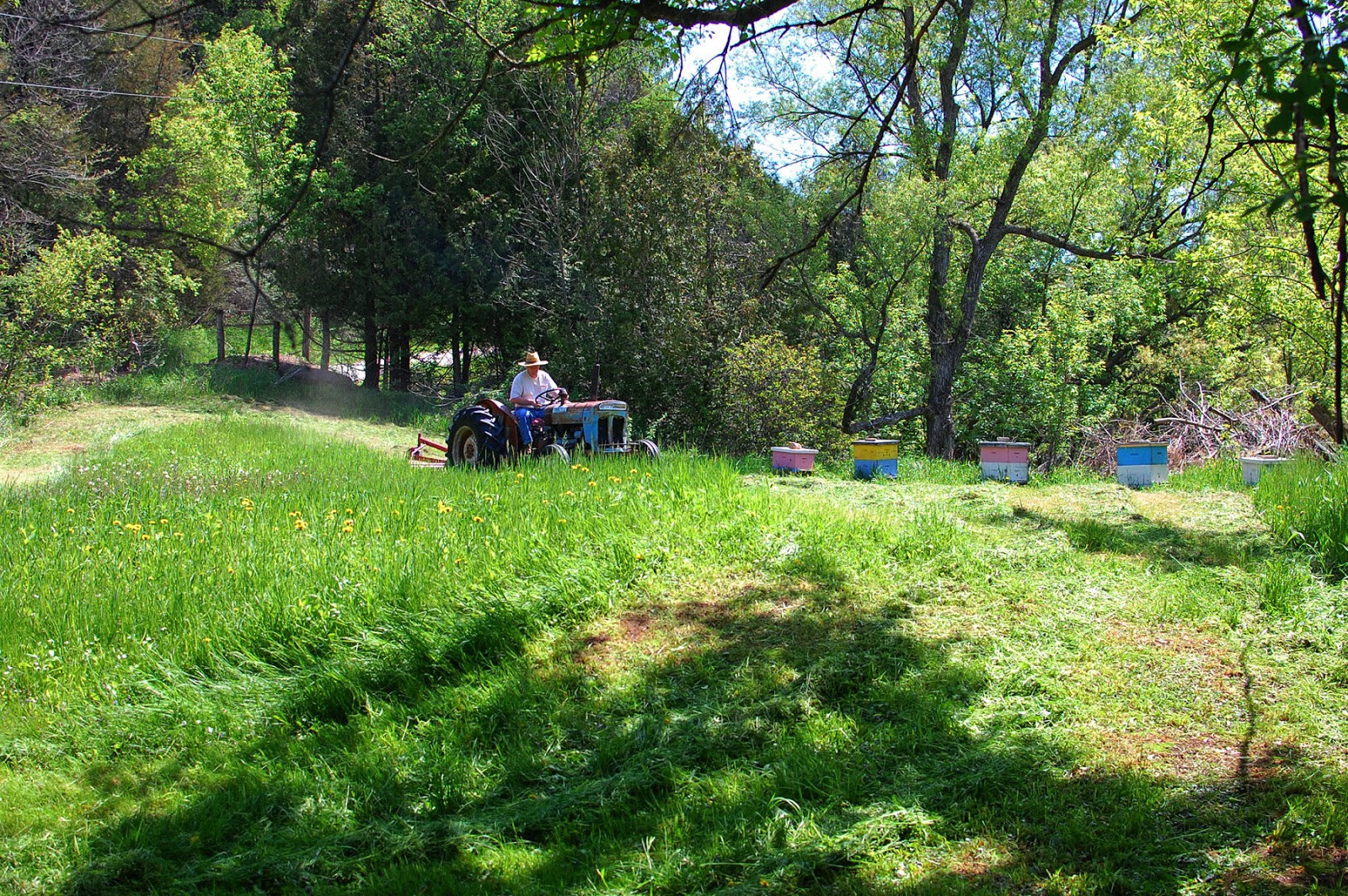 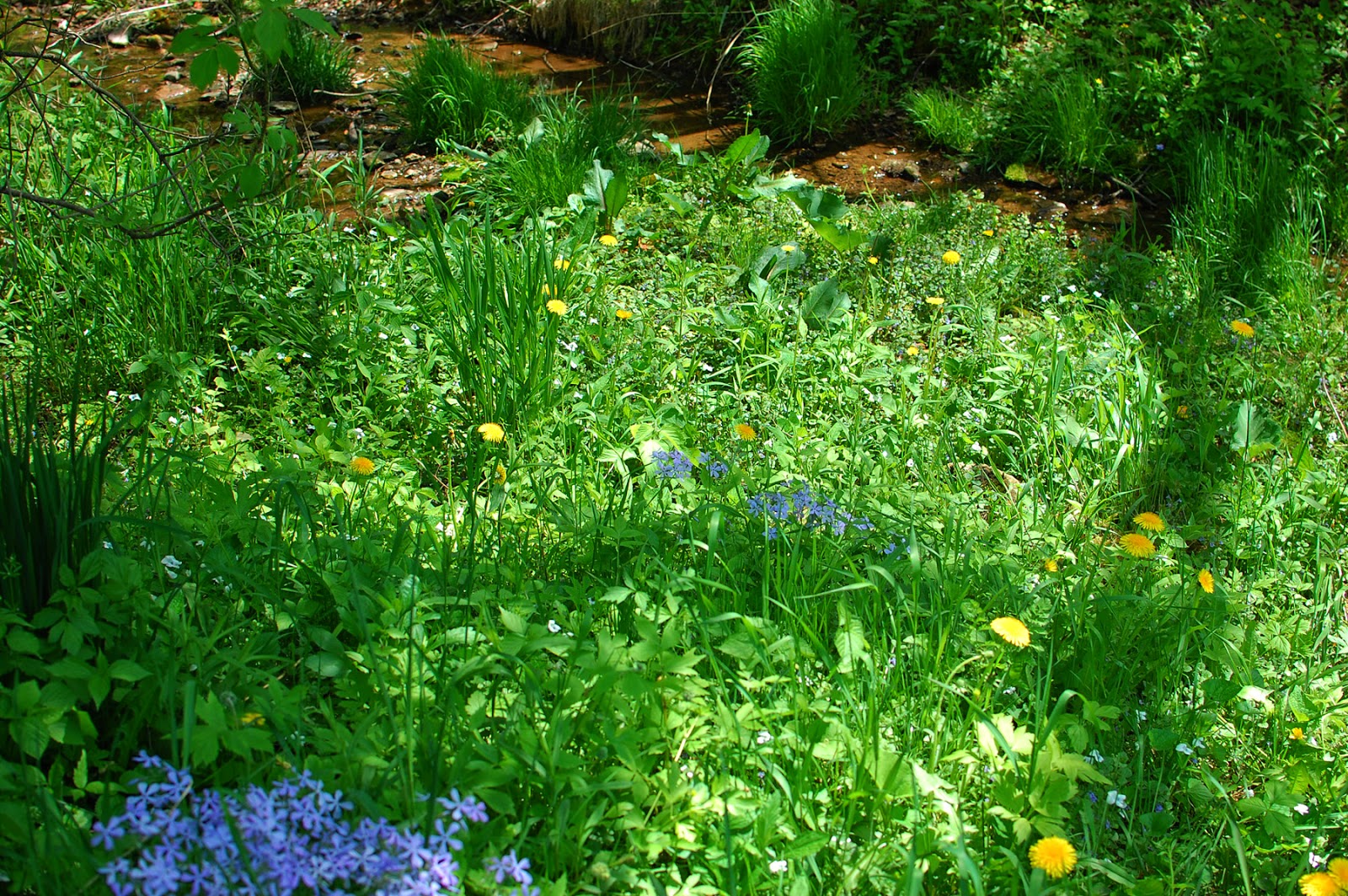 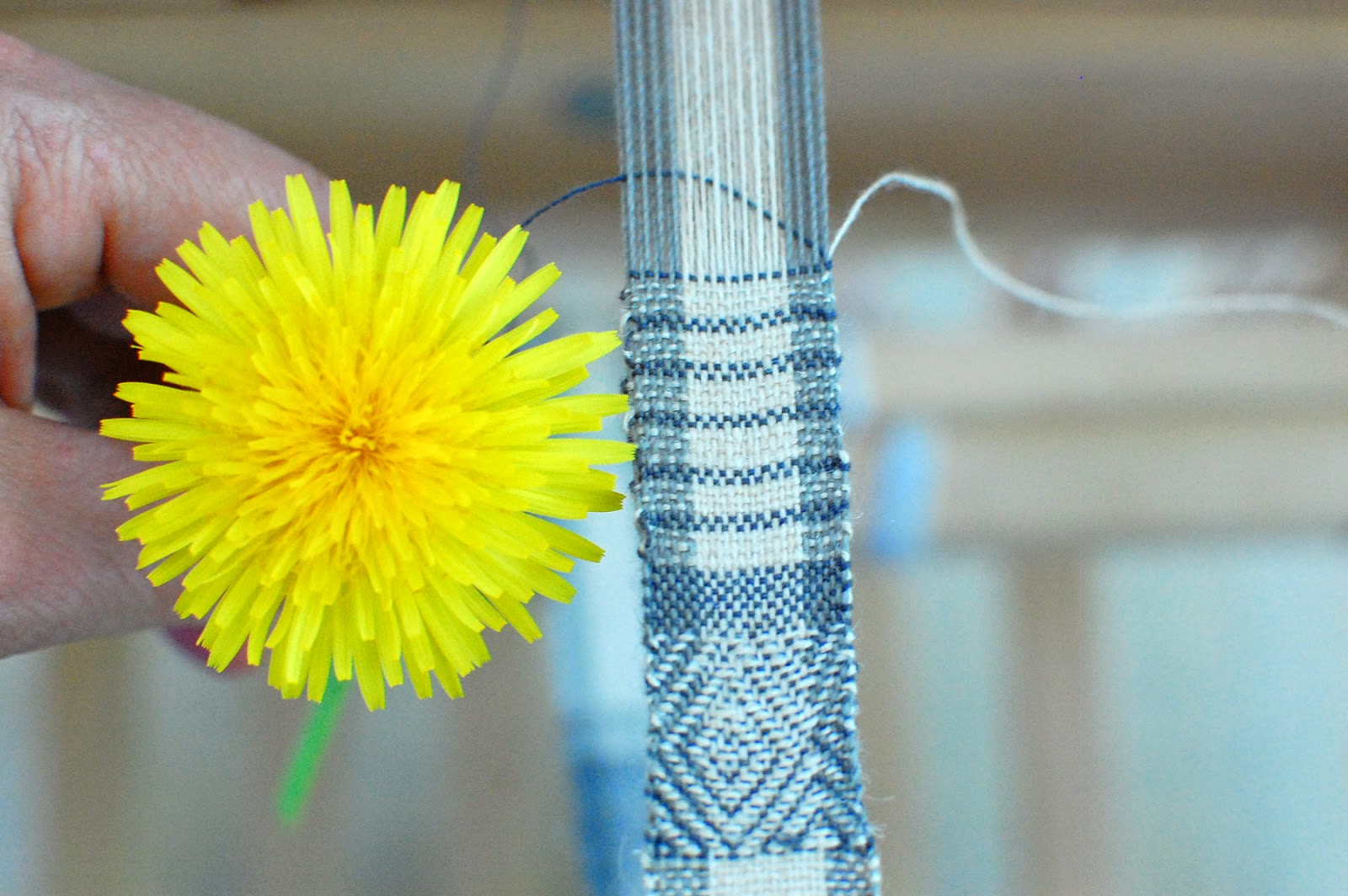 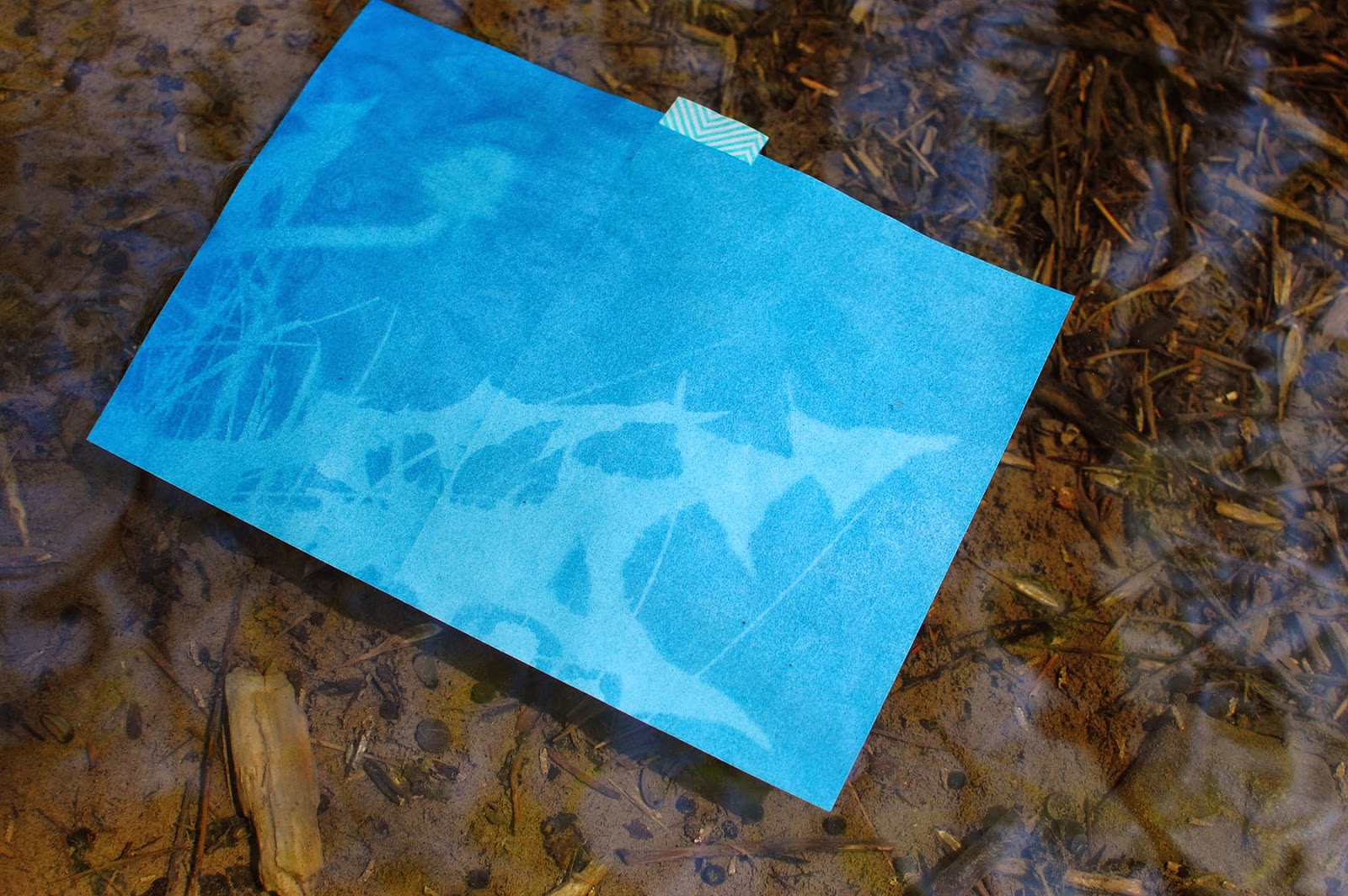 Mina followed me to the workshop this morning, on the path between violets and dandelions.
Daniel mowed in the beeyard.  A minor miracle, the tractor battery, which we think is 7 years old,  lived through the winter!

The beeman was here this week, working on the hives.  I usually know he's here by a faint whiff of
cedar and sumac buds smudging in his smoker. He broke off a tiny chunk of honey comb  so I could taste it. He said it was pure dandelion honey.  It's too bad we don't get to eat that, he said, but it's the first honey, and they feed it all to the babies.

The dandelion shadows are on cyanotype paper, developing in the creek, in the last picture.  I have been stuck weaving tape measures, or tapes without measure, on the small loom with some leftover warp that I was just about to ball up and throw away.  The tapes will not be very useful for measuring the usual kinds of things. They're more conceptual. Though,  I have put marks on them for measurable things; my own waist, the cat's long tail, and just now a dandelion head.

I love the tapes. Sometimes it is good to just make what appeals to you, functional or not.

i have that sumac scent in my world, too. i often use the berries in ecoprints, just last night the kitchen was filled with a mix of sumac, onion, and rose leaves.


Oh,Hilary, I'm glad you like them. I only make what appeals to me, and the best times are when I'm amused by what comes out of the Pandora's box that is my brain

Beautiful photos...especially love the one of the tractor in the beeyard...the colours of the tractor & beehives are so vibrant against the greenery.
I would be so interested to hear the story of the bee keeper.

You made me laugh, Susan. When I read about the beehives and the first honey, I thought, 'which babies?'. Must be the larvae?

I stopped measuring my waist a long time ago, but I do measure dandelions. Love the way you write!

Dawn, that's what he said. Babies. Sometimes I think he thinks he is a bee. It was tough to measure my waist, but my tape measure doesn't have numbers. Thanks for your kind words

We have honey locust and honeysuckle both blooming right now and last night watched the hummingbird moths instead of the TV (much better for the brain. I like the tapes too. A good strong tape is always handy.

Joanna, they are handy.