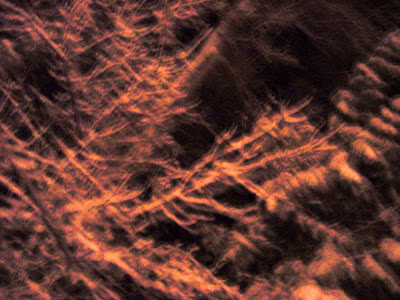 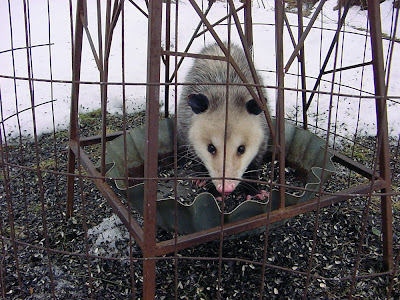 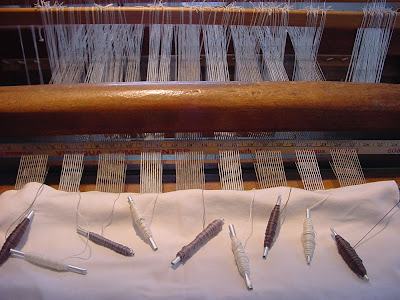 This is a dark spring, so far.  Complacency is out the window. Newly elected hard line, Tea Party Governors, in midwestern states are vandalizing the institutions we crafted to protect our  resources:  our people, our land, our water. Just two months in office, and our new Governor, Scott Walker,has threatened most of the citizens of  Wisconsin with teacher lay-offs, loss of the right to collective bargaining, loss of health care, and using our National Guard against us, in case we're unruly and protest.
But, the banks and Wallstreet have already bled this particular turnip dry.  And, they got away with  the pot of gold, too.  The working class has turned its pockets inside out already.  The poor, elderly and disabled are just not that lucrative a source of money, unless you take away their medicaid,  their home health nurses working for $9 / hr.   Our Governor has already handed out $117 million  in tax cuts to corporations and wealthy backers.    His great political miscalculation is to think that the teachers, nurses, lunch ladies, etc, will be the ones to pay for it.  Over 100,000 outraged people turned out daily over 3 weeks  in Madison, and across the state, to protest. They were non-violent protests, that felt more like a 4th of July parade, but they were deadly serious.
Dark,  maybe, but also Spring, because we are standing up to fight back, and more than that, we are winning.  After all, we are people of the Heartland, and this new legislation is nothing if not  heartless.  When I woke up  one  morning this week to go visit our State Senator, Dan Kapanke, a supporter of the Governor's bill, at our courthouse, it was hard to think what to write on my sign. Riot!  was the only word that came to mind.  No wonder I accidentally cut  through 8 (!) warp threads when I got back to the loom.
Above images:  a soft blizzard at midnight, pink-nosed and pink-toed, possum in the birdfeeder, and weaving linen on the barn loom
Posted by Avalanche Looms / Susan Johnson at 2:59 PM

Keeping my eyes on the news in Wisconsin, Ohio and Indiana. Signed petitions in Wisconsin and donated $ for members from my union at work to go to Madison. Walker and his ilk are a plague on our nation and its peoples!

Yes, even we've been hearing about Wisconsin a lot down here. Stay strong!

And I LOVE LOVE LOVE the colors of your yarns on the barn loom.

Thanks, Karen and Meg.
Karen, the recall petitions for Republican Senators are gaining ground really fast, and having an effect. If 3 senators are recalled, there aren't enough Republicans left to pass it.

Meg, the colors are "opossum"

I can't believe what's going on here in the states these days. Living in San Francisco is a bit like a little bubble ... although we certainly have our fair share of state troubles here that are just waiting to erupt. Hats off to you all for standing up!

I hope your recall endeavor is a success. I can't believe those republicans got elected and I hope Walker is at the top of the recall list.

There are many many of us in the UK who support everything you are doing.There are similar moves here to see all social funding as harmful and to privatise our health Service and other facilities we value and need.Wisconsin has featured in our media but is being mainly ignored. I think where you go we will follow
By the way I love your site and am inspired by your work.

wisconsonians are rocking the country. you guy keep it up. my hope: that new york (state) will get it's act together, too.

Mary, Weaving is a metaphor. Sometimes I write about the social fabric.

Velma, The people here are amazing! At the demonstrations everyone is talking to each other, & they're from all over the state, little towns I never heard of (and I'm from Avalanche, pop. on a good day, 24)
This is such an inspiring thing to be a part of. I hope the rest of the country catches the spirit

Kathryn, Deb, and Deborahbee, Thanks!

We've all been watching from Arizona; so proud of our friends and neighbors who are out in the cold standing up for Wisconsin!