tapes without measure / books without words 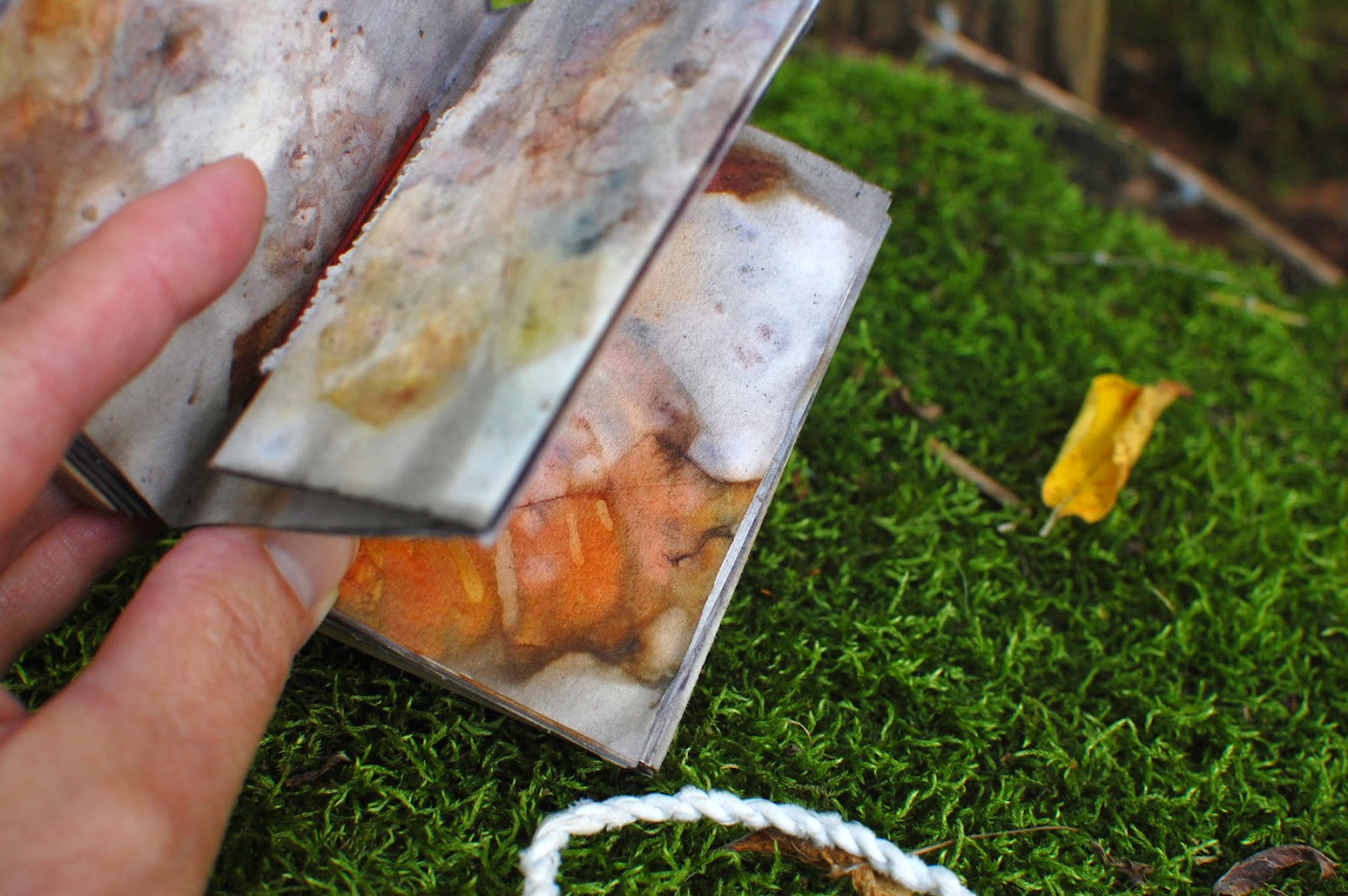 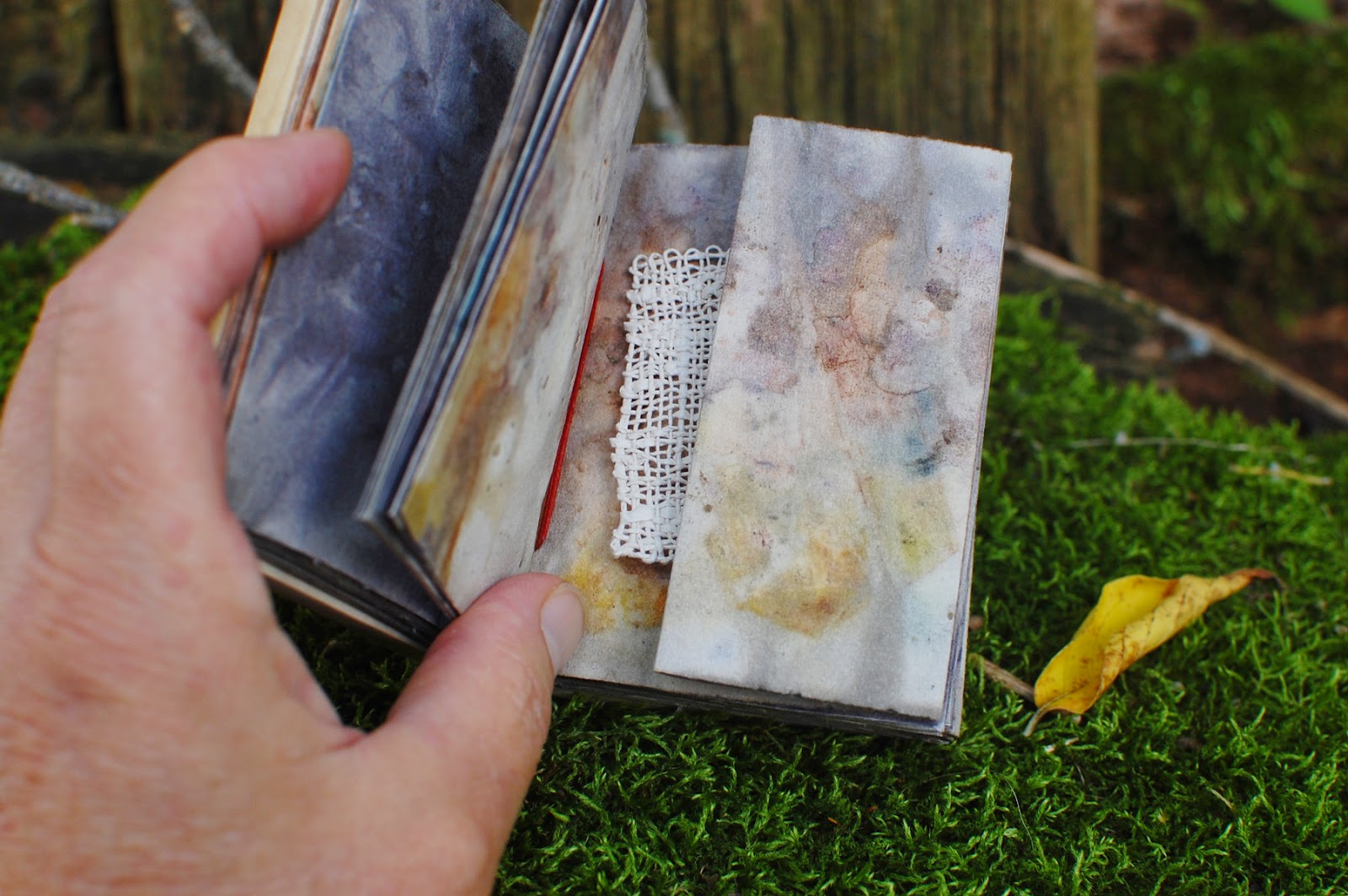 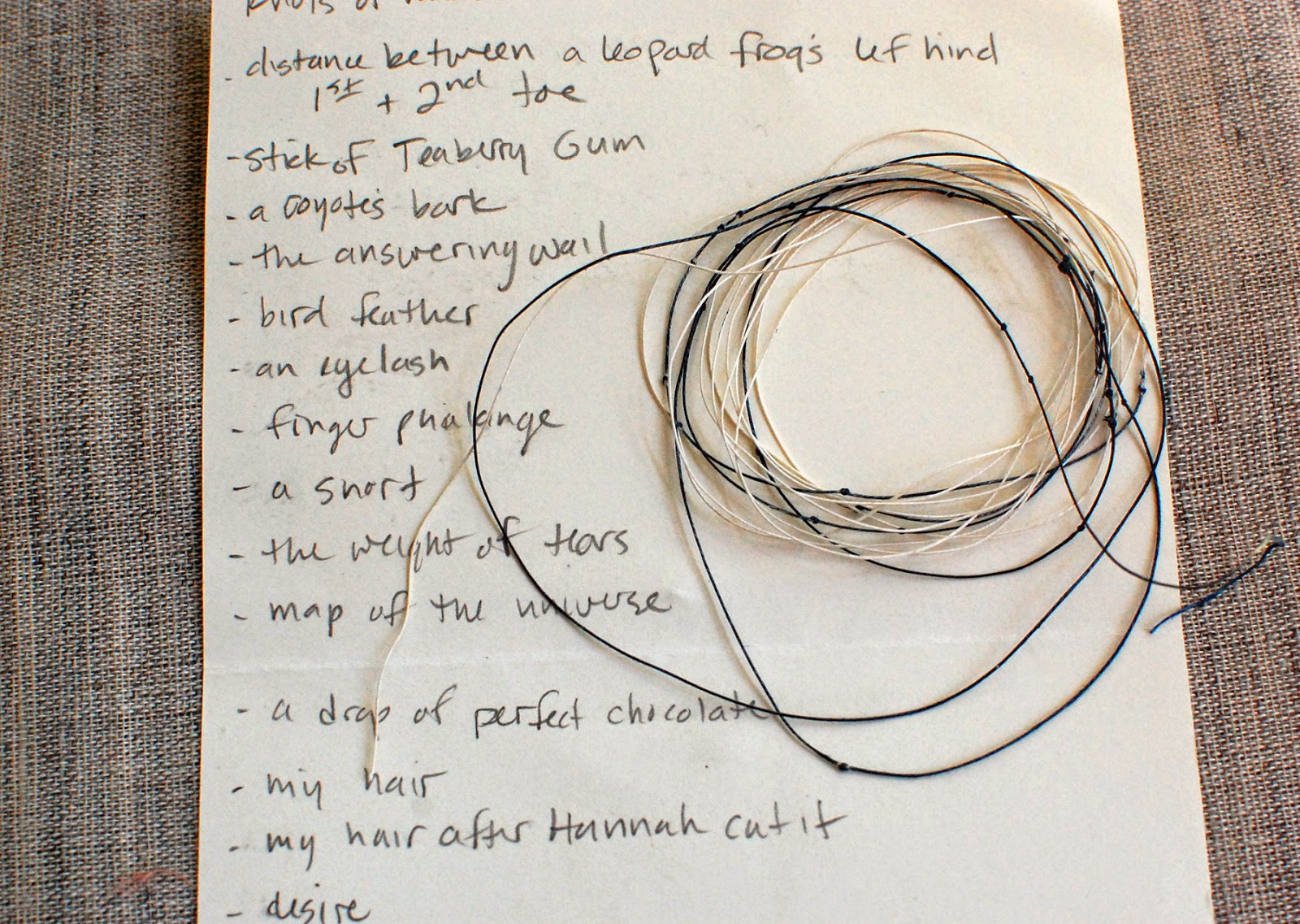 I was weaving a new tape without measure on a small loom, when some visitors
arrived.  I showed this list of measures that it might include to one, who said, Well, that looks like a poem.  I agreed.

Another person said, How are you going to do that?  Simple, I said. The person I'm making it for  sent me the list, and also sent a long string with knots on it, that goes with the list.  I just put the marks into the weave where they are supposed to go.  My visitors left wondering why on earth  anyone would try to reinvent the measuring tape. I feel good if my work causes anyone to wonder at all.

After a while, though, I decided to drop the string knot, and improvise.  It is a collaboration, after all.  I was weaving late, almost midnight, when a dog started to bark in town. Each time it barked, I wove in a dark blue thread, for just 5 minutes.  Not exactly a coyote's crazy yipping, but I thought it sufficed. Then, I decided the tape was long enough, and that was pretty much the end of it.

The project developed as an exchange between Velma Bolyard, artist from upstate NY, Wake Robin blog keeper, and myself: a woven tape without measure in exchange for a handmade book, seen here.  I think we recognize in each other  a similar laissez-faire attitude to what happens in our projects.  The ideas that propel them are down to earth, well grounded, but when things happen that we didn't expect, we are willing to deviate.  Her paper making and book construction appeals to me. The images she has been able to draw from detritus of the ditch (she collected the material, hortus siccus, used to make the images in my book in frozen January!) appeals to my love of graphic design, and the mystery created by shapes and line.  I see faces, claws, paws, ladders, webs, polar glaciers,  and lights-at-the-end-of-tunnels. Nothing is flat on the page, due to the line and shadow. I don't know how she does it, frankly, but I'm so drawn in. This is a graphic novel, with images that mysteriously appear and disappear in it, as I try to relocate them.   Until I realize that I am probably holding the book upside down, and everything is different, from this new  perspective. 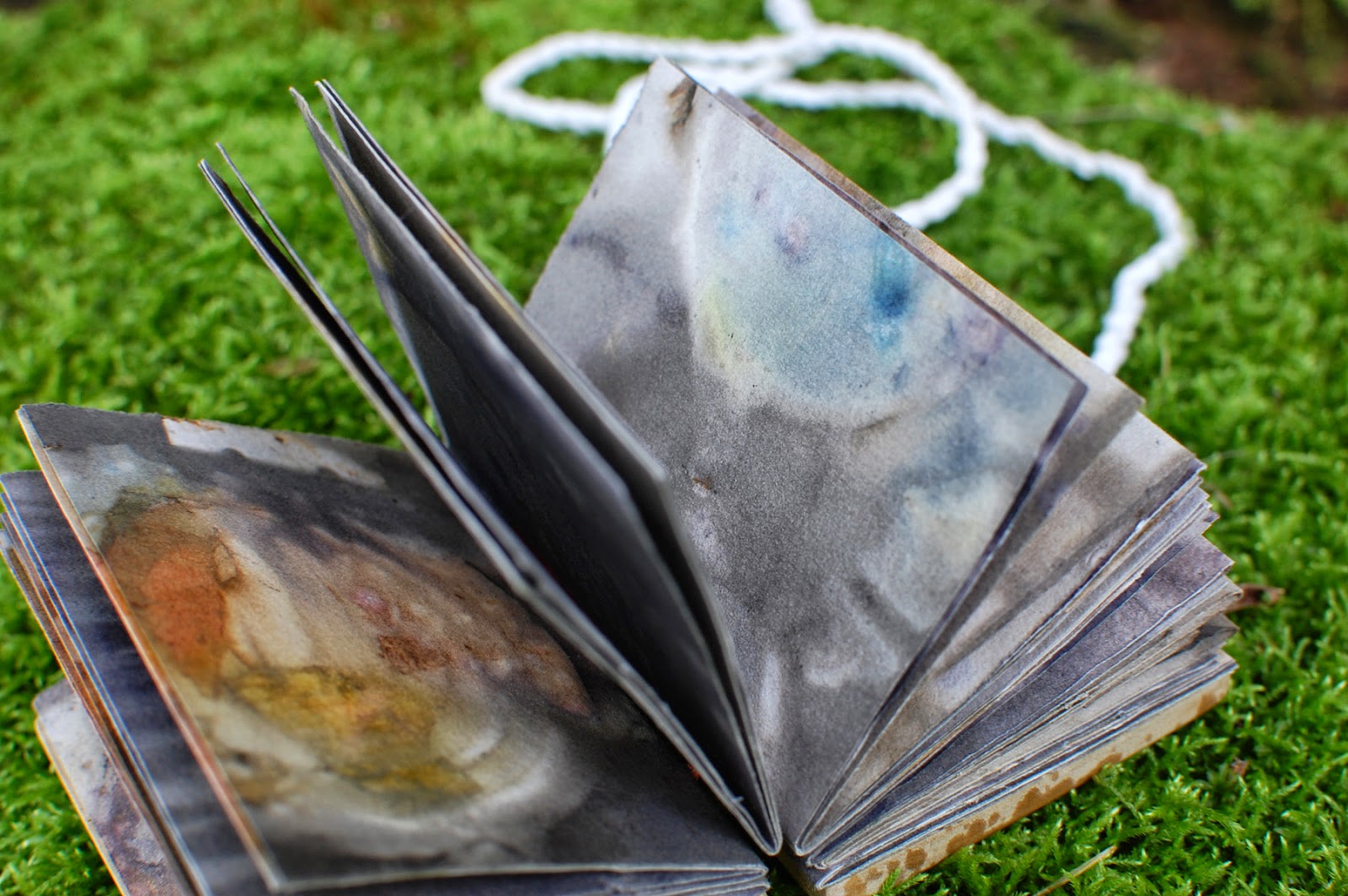 An object that shows me the limits of my assumptions has earned its keep, as far as I'm concerned.  It doesn't even have to be beautiful, but this is. 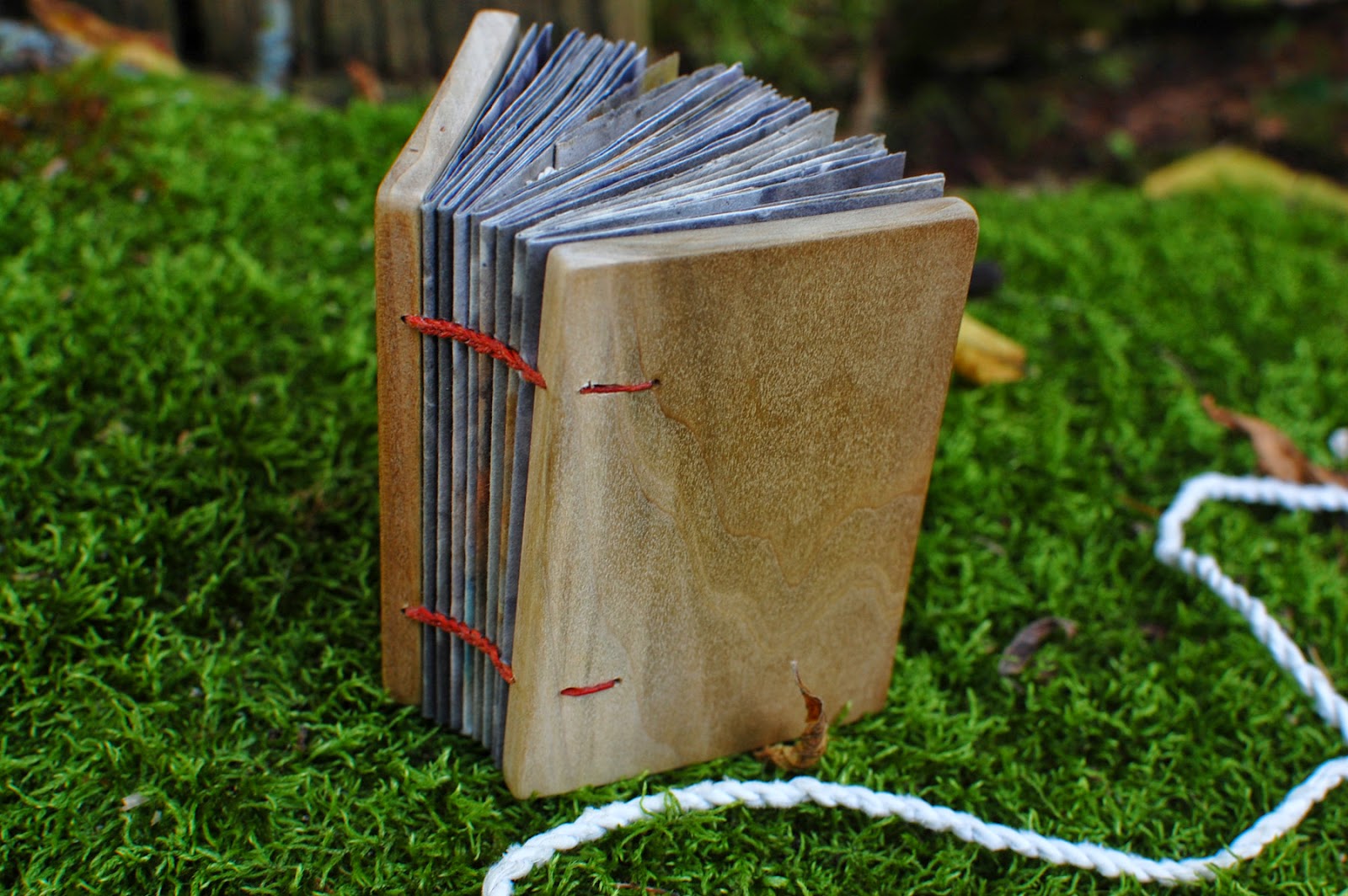 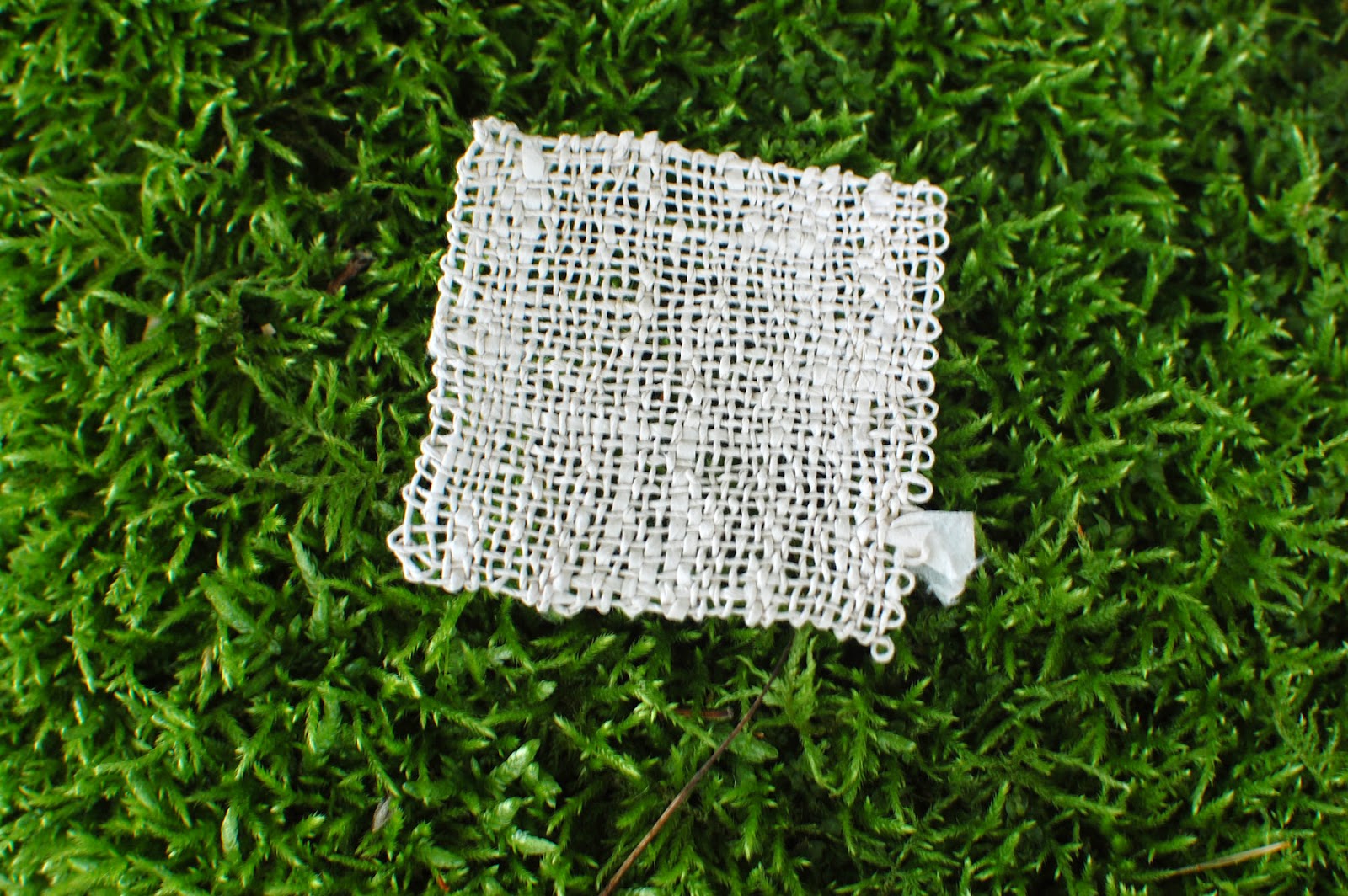 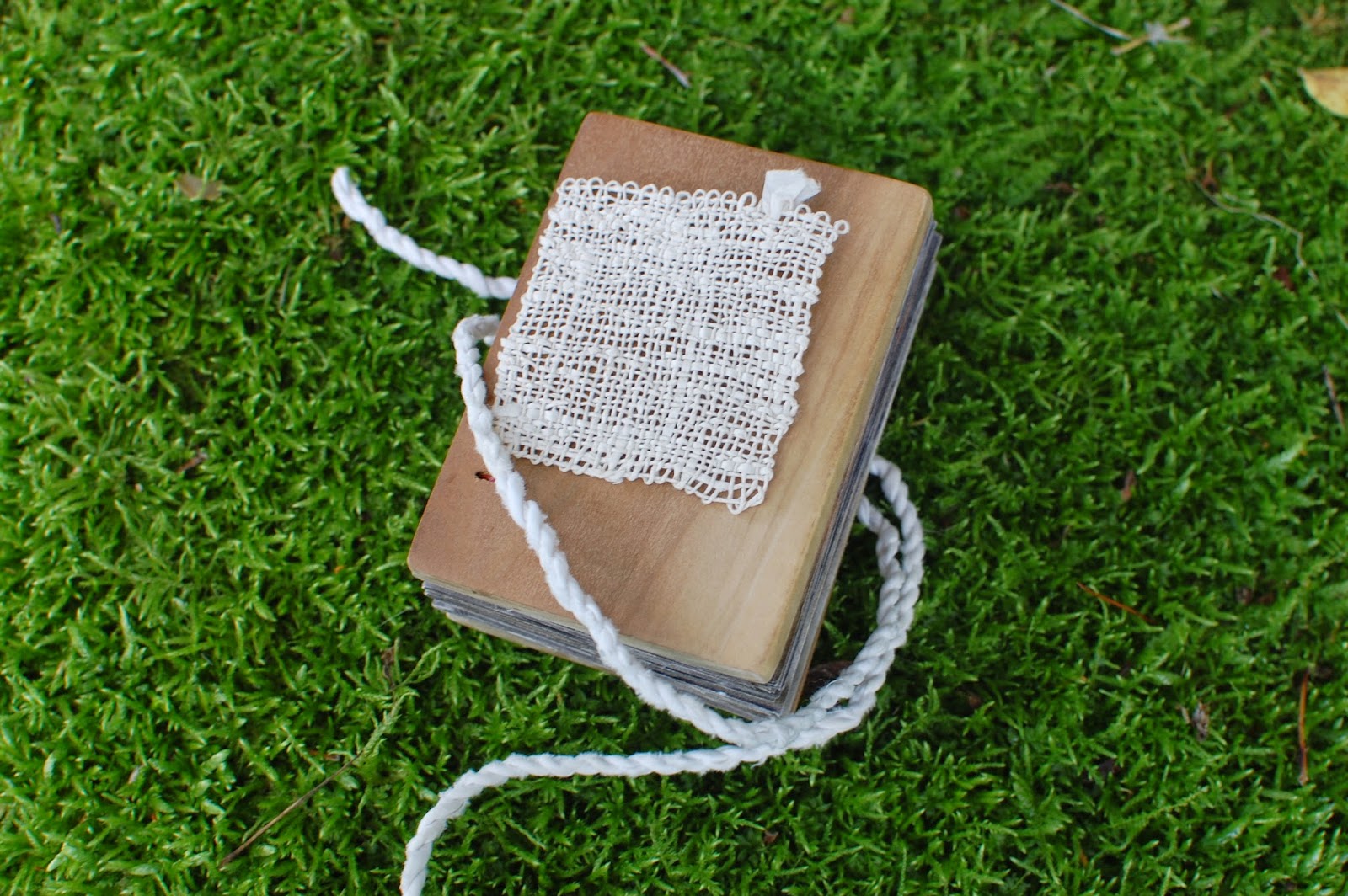 Long ago, when I first dipped into the the www-stream,  Velma B sent me a message out of the blue. I was so amazed to be connecting to a cyber being, as if the Ouija board could possibly be believed.  In the end I was also amazed to find a small piece of paper weaving (shifu) in my actual mailbox,  woven on nails she'd pounded into the endgrain of a wood block, to make a loom.  The paper was hand spun yarn, with little knotty places.  You see how this all comes back, to her string of knots, that I used as a guide.  Now it has found a perfect place in her book.  I care for my internet friends and the ways we can inspire and affect each other's real hands-on work.  Thanks, Velma, that was fun, even if I couldn't fit "desire" onto the tape.

the way you write about your work and life and that of others is like cracking open a favorite book to where one left off...a moment to savour

looking forward to the next moment

Your tape/poem is an inspiration. Thank you for making my day!

Margery, thank you.
The tape poem is an inspiration, but it's Velma's list. I asked her to send me a few measures to include in the tape I wove for her. This is what she gave me.

An object that shows me the limits of my assumptions has earned its keep, as far as I'm concerned. It doesn't even have to be beautiful, but this is.

I love this. so much.

Velma's list and your weaving are a poem brought to life. Simply perfect. Thank you

beautiful words of your connection with your cyber friend, beautiful creative objects, and thank you for sharing your thoughts with us.

ahh, so you think you left out desire...but you didn't. beautiful writing, susan, and the tape is beyond measure. in every sense.

to cooperate; work together; combine; be associated:
Members of both parties concurred.

It was a magnificent concurrence! But I still think desire was off the tape somewhere...more in the pp. of your book

poetry in action and a meeting in cyberspace.I frequently wear a tatty old tape measure like a necklace. your tape is an inspiration, a life full of quiet pleasures.

One small stitch, Me, too. That's how I got my idea. A tape for the things that are more difficult to measure