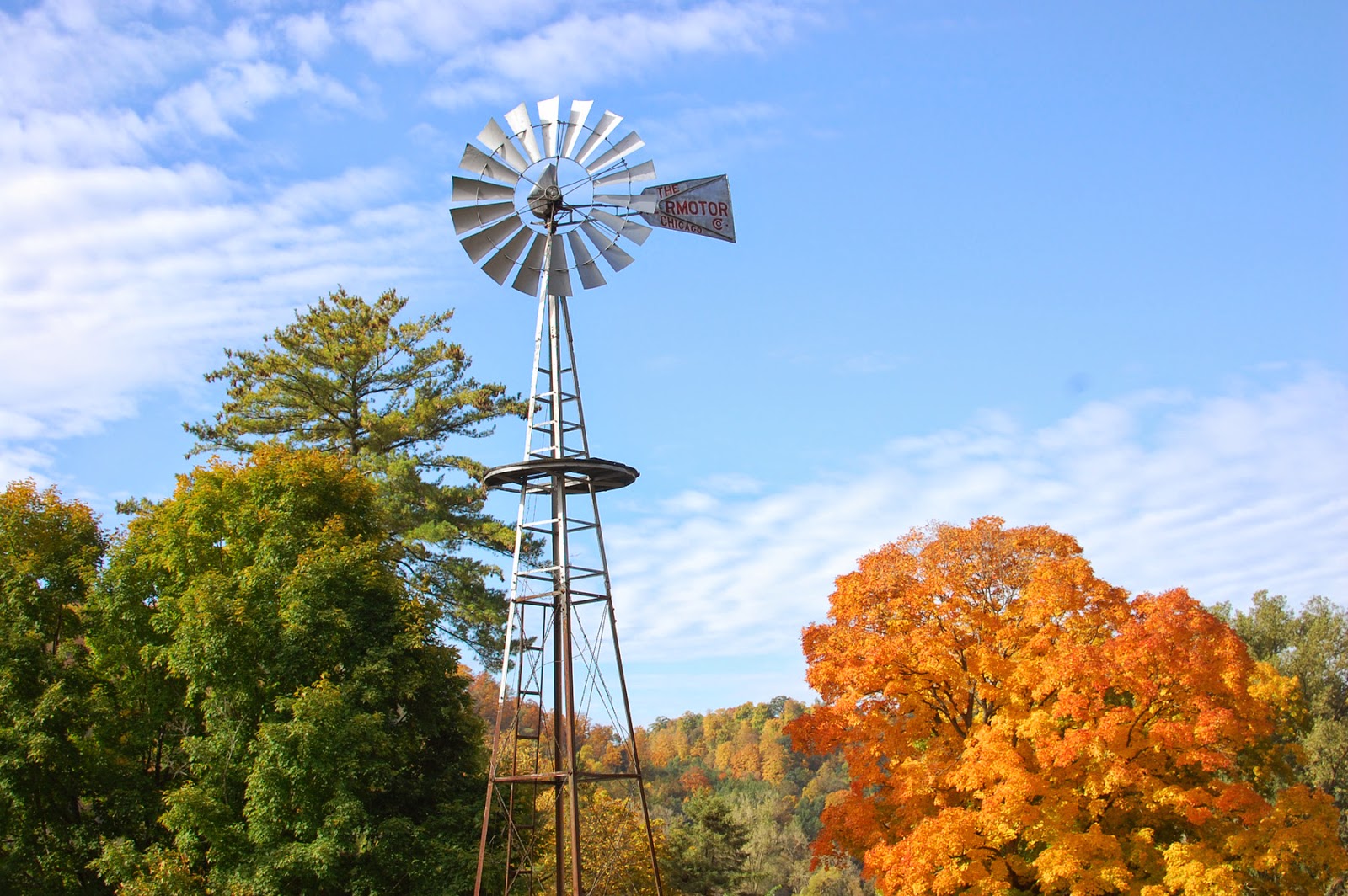 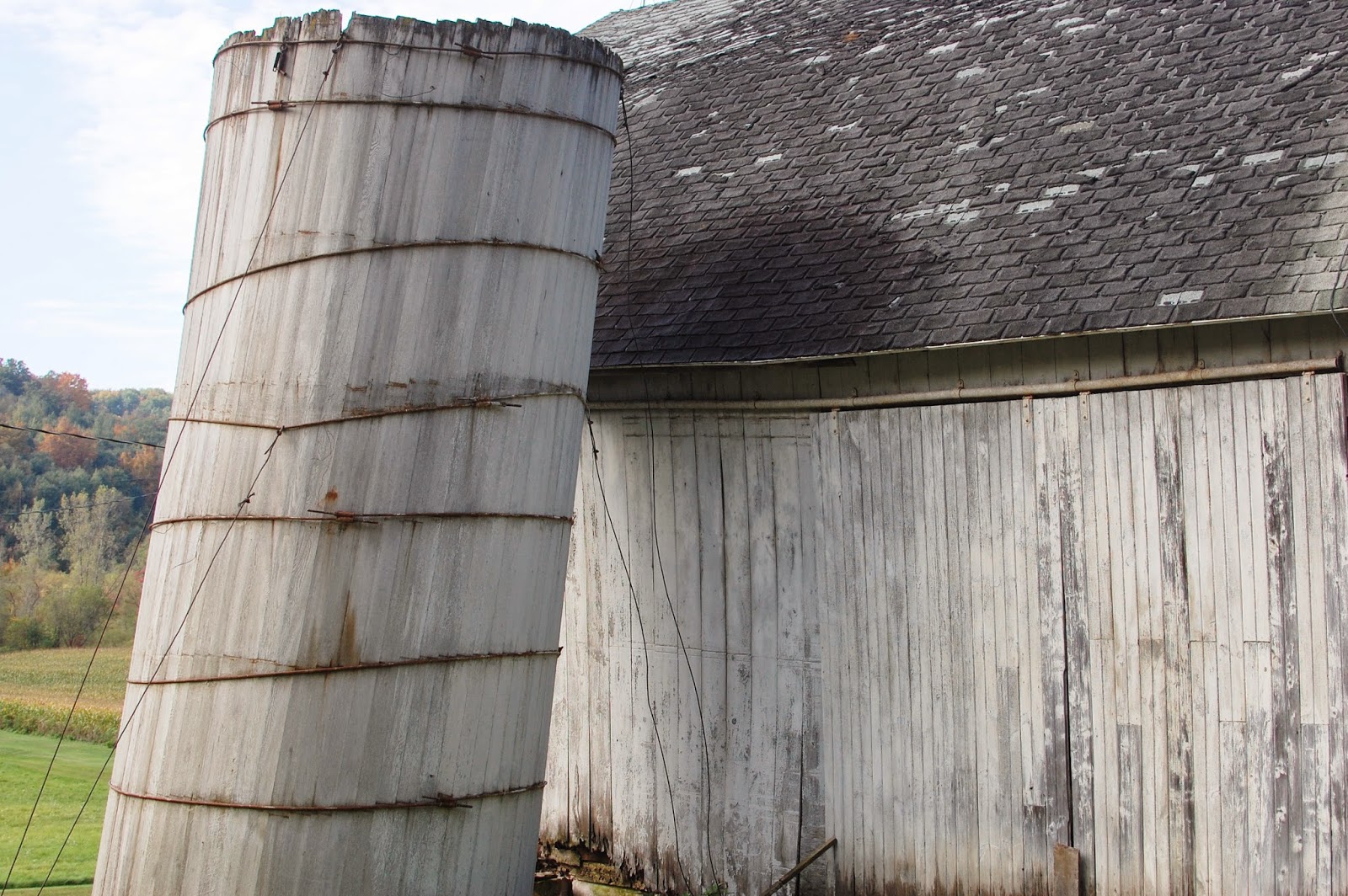 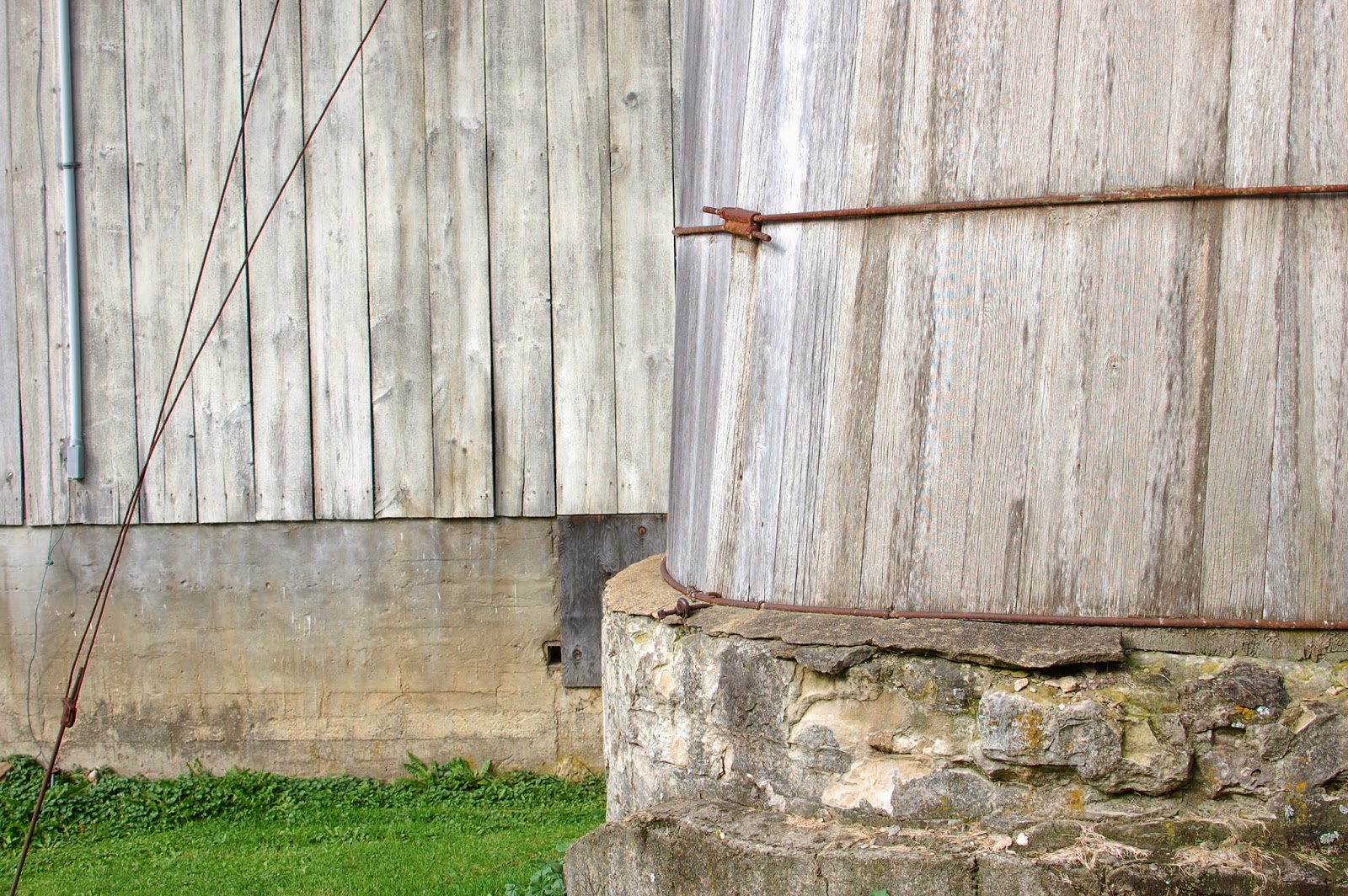 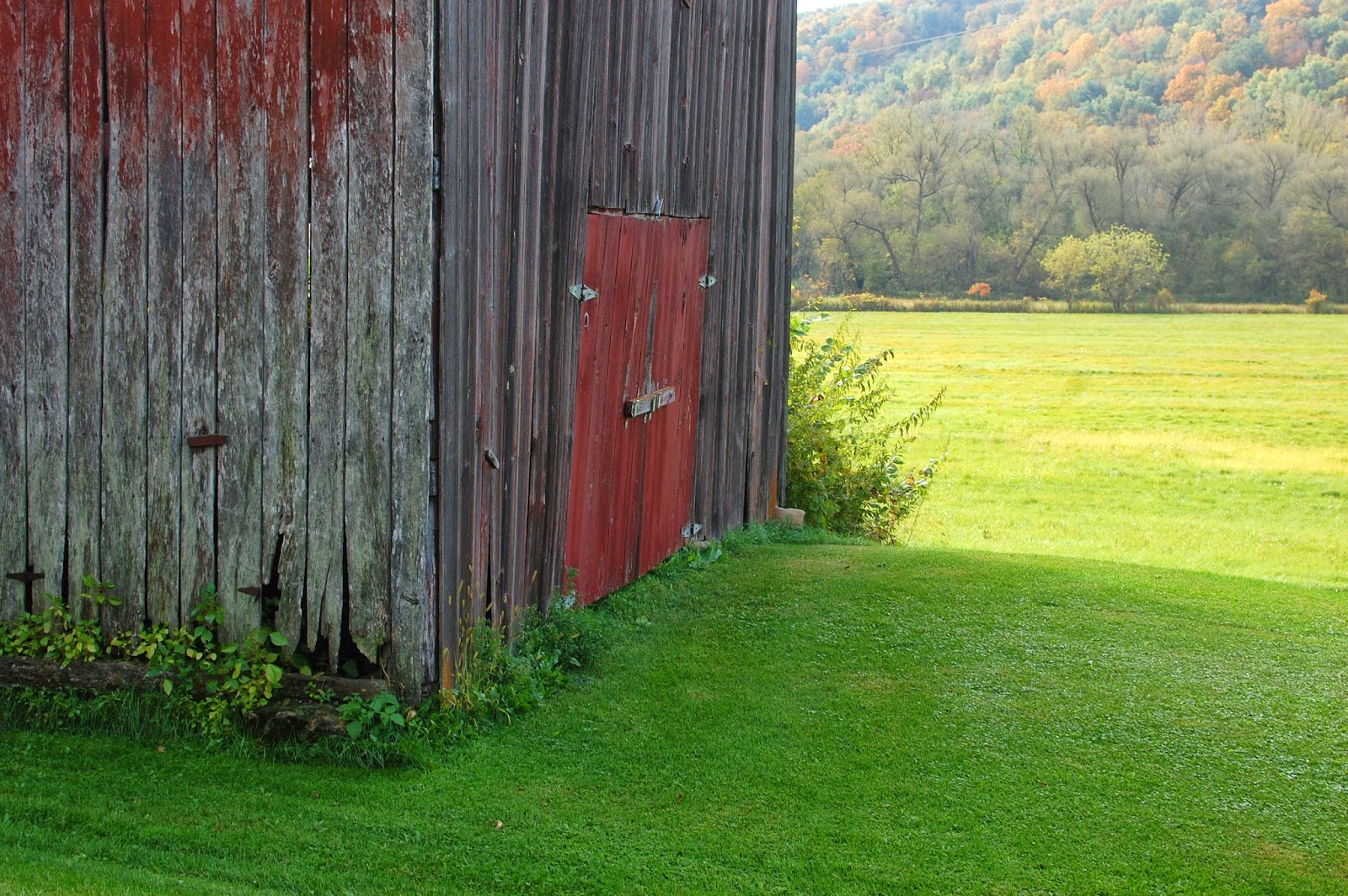 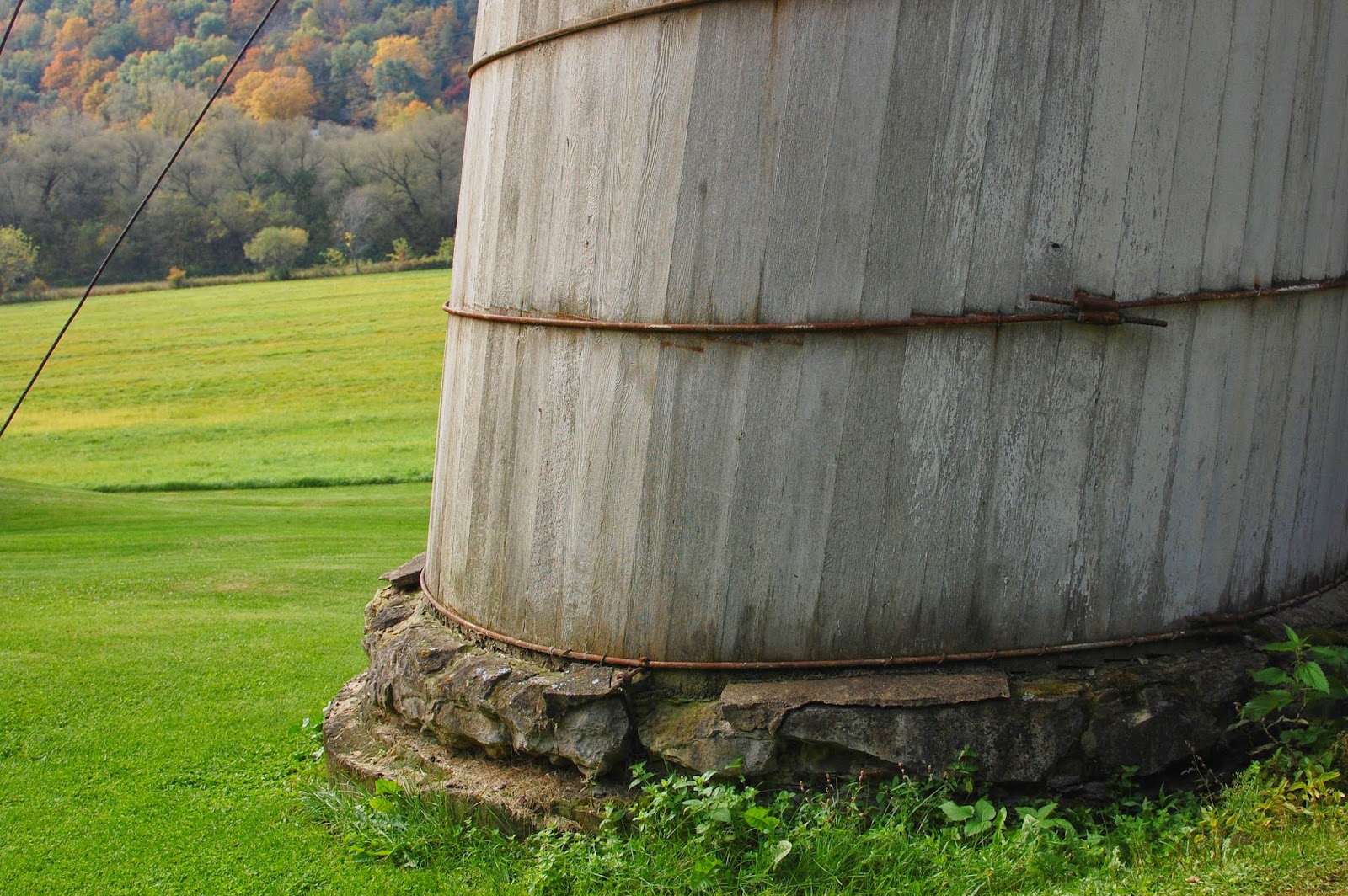 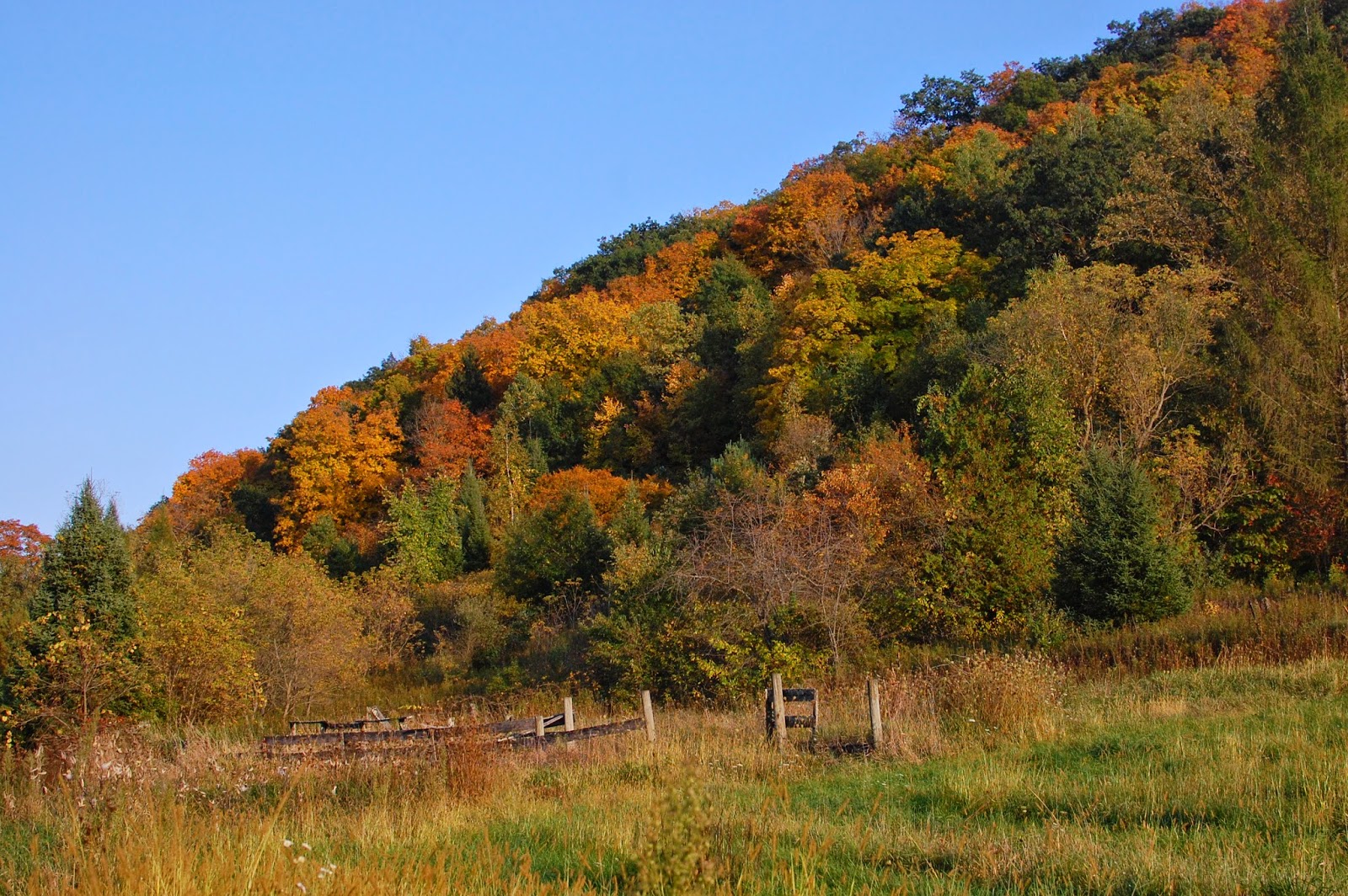 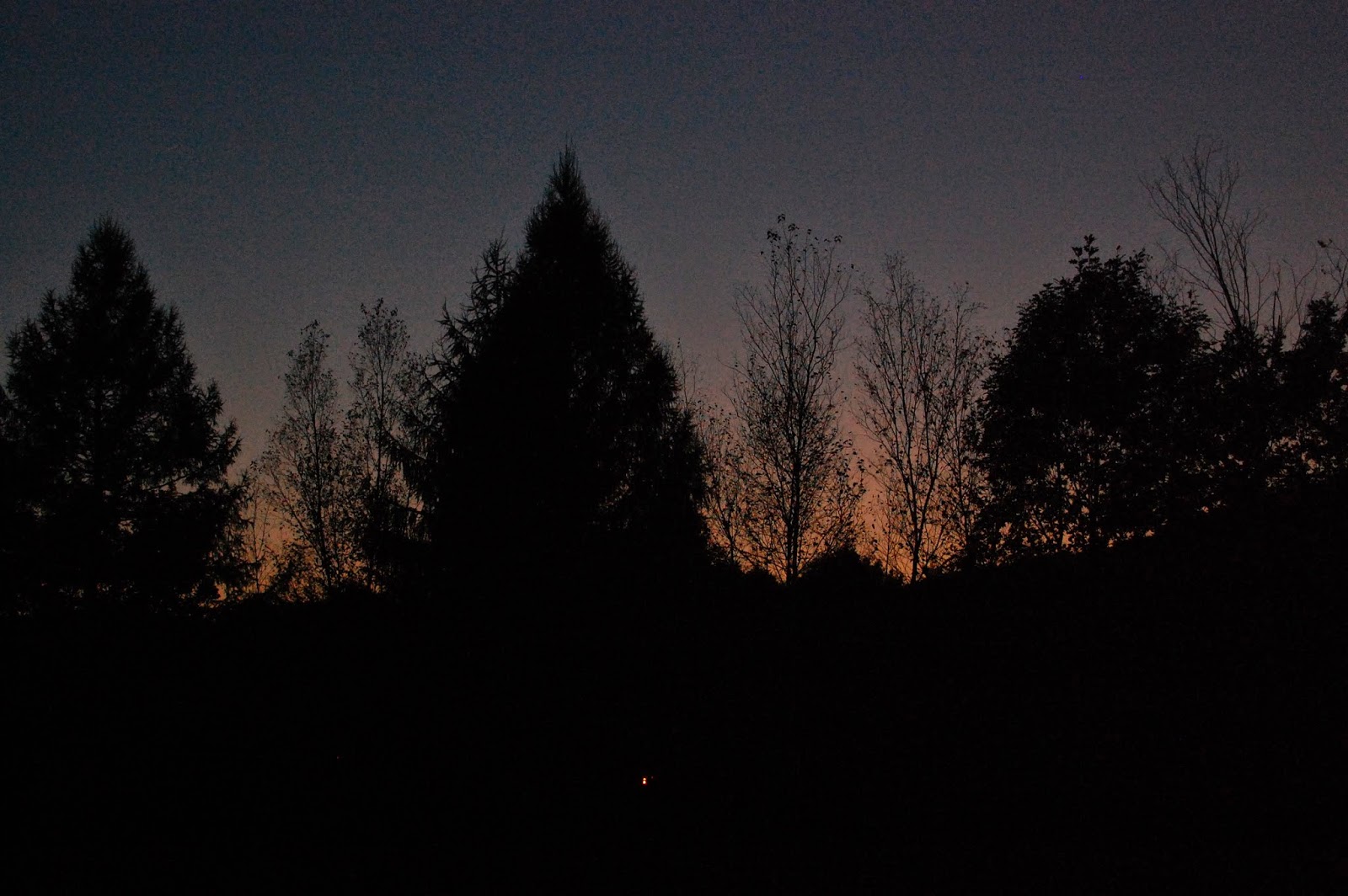 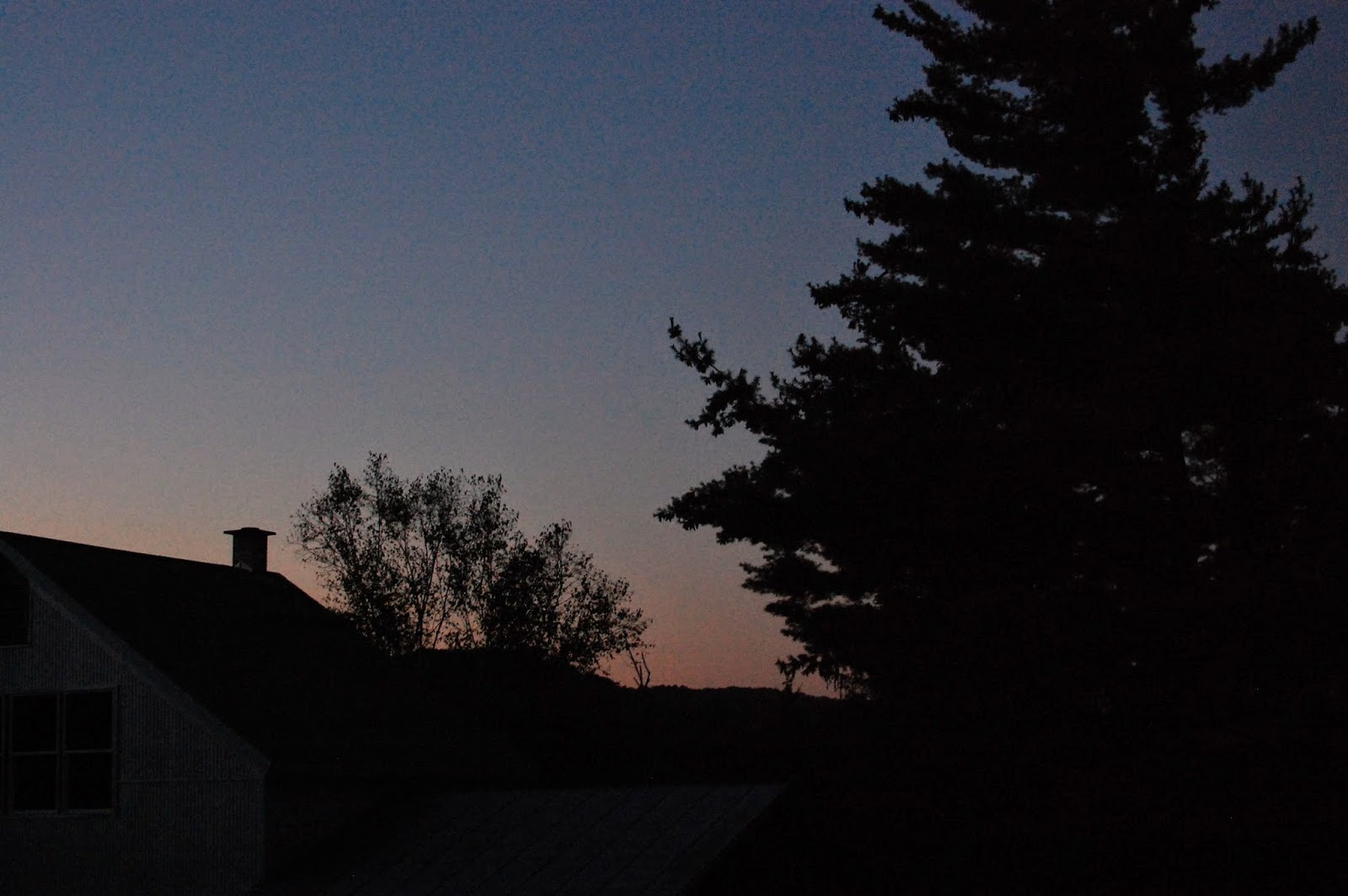 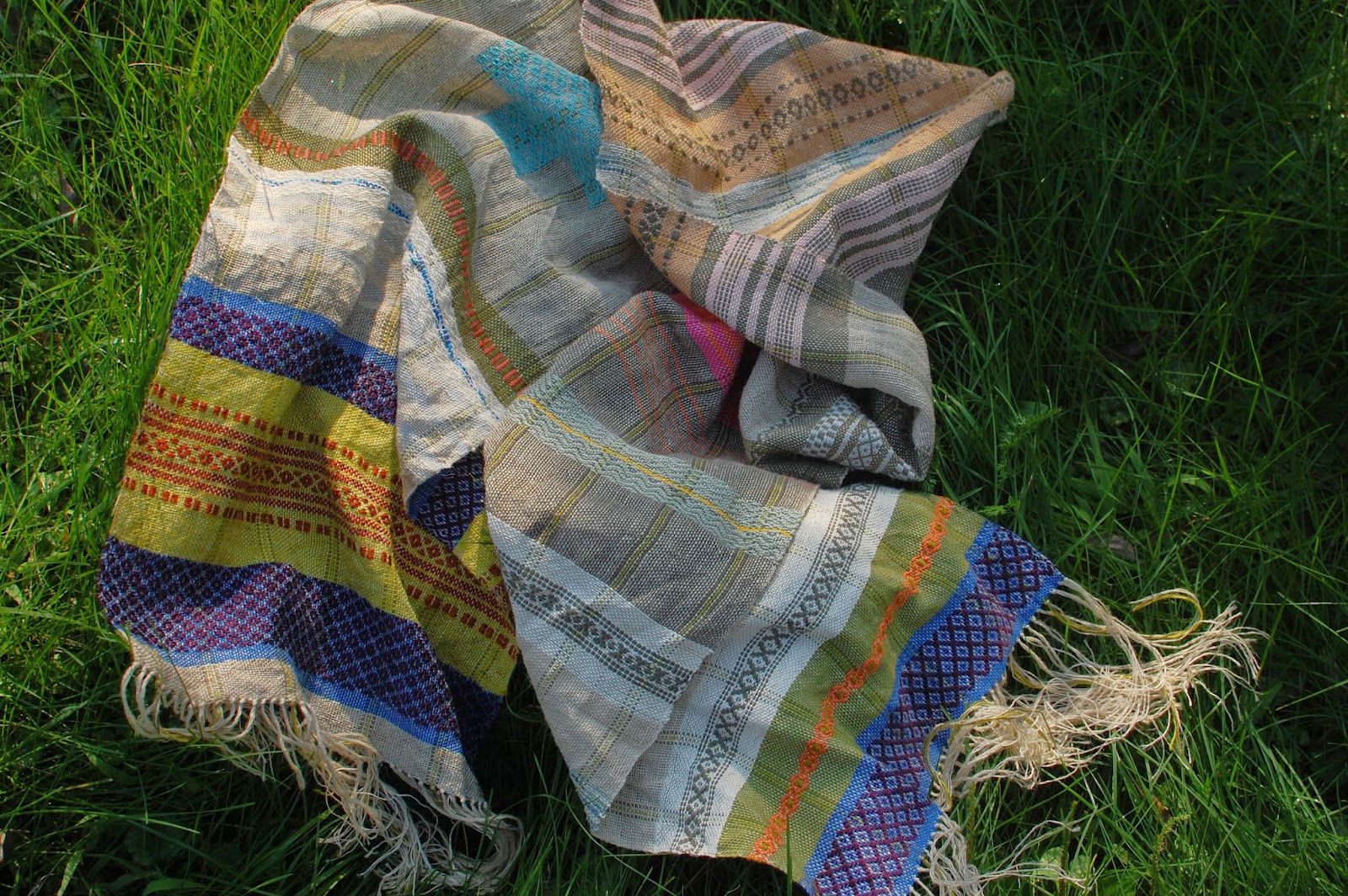 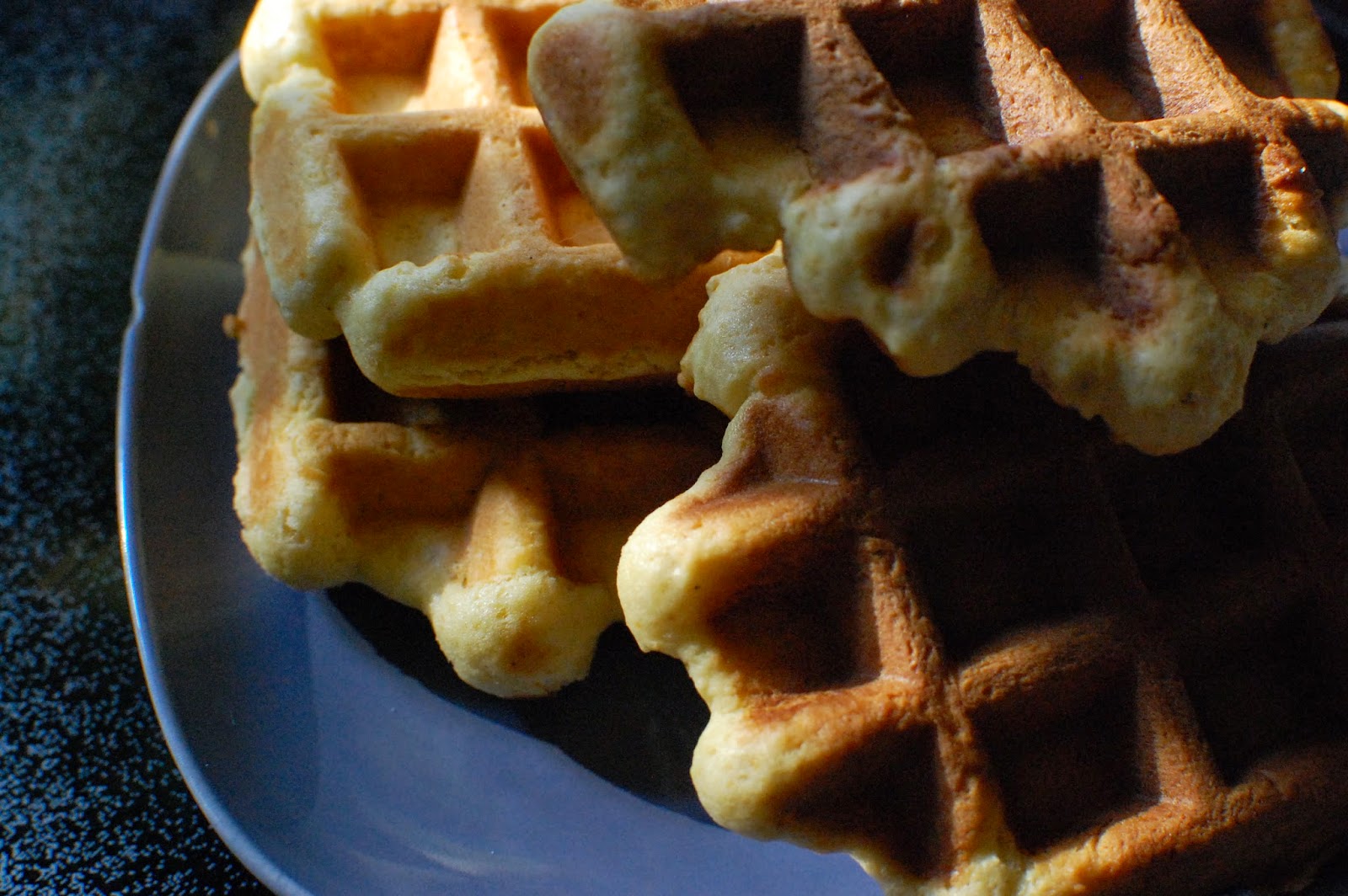 All this talk about writing has me thinking about reading.  If you notice the nuance, I'm not to the point of reading, yet!  But three new books have me very excited to take up the practice again, as soon as the weather is a little nippier.

Will It Waffle?, by Daniel Shumski. The title intrigues me, and the book's premise, which is why have a waffle maker on your kitchen counter dedicated to making just one thing: waffles? This has been my perennial thought, too! Long ago I began a flirtation with extreme waffling with my original recipe, Lentil-Soup-Walnut-Loaf-Waffle, a bold experiment for a beginner.  My recipe began as a simple soup, which lacked color and flavor, so I dumped it into a loaf pan with eggs,  bread crumb topping, walnuts, and a squirt of ketchup down the middle, and though I  baked it for a goodly hour, it still had not congealed. Not a quitter, I looked around my kitchen for options, and beheld the waffle maker.  Inspiration struck, and I scooped the baked lentil walnut loaf into my waffle maker.  The wafffles looked like hay flakes, or all-day dog biscuits, when they were done, and no one would eat them.  (My family could be overcritical of my cooking, I feel).  Daniel Shumski picks up where I left off, making many things into waffles, some successfully.  I'm definitely going to try his falafel waffles soon. First I have to find the book.  This morning I invented Duck Egg-Nutmeg waffles.

In the Kingdom of Ice: the polar voyage of the USS Jeanette, by Hampton Sides,  is a rediscovery of
a 19th c. doomed arctic expedition.  I am thrilled that there is new material to add to the genre, so I don't have to re-read Endurance, Shackleton's Incredible Voyage.

The idea behind the polar voyage of the USS Jeanette,  was a 19th c. scientific belief that there was a shallow, ice-free sea at the polar cap, surrounded by pack ice.  There may be one someday soon, but then it was a flimsy precept for an arctic expedition in a wooden vessel, but what hey?  Of course, the outcome was predictably terrible, and the Jeanette never made it to the warm polar beach, instead capsizing in the icy ocean.

But here is the hook:  not all perished when the ship went down. Some of the exploration party survived, dragging their life boats across shifting ice that moved them north as fast as they traveled south. After many harrowing ordeals, and months of frozen hardship, they finally arrived at open water.  Three life boats were launched, but almost immediately, became separated,  and each boat met a different fate!  Now that's my idea of value! This will be fine reading in mid-January.

The best for last, and the book I have long wished I could read, if I had known it existed, is being published in November! It is Laura Ingalls Wilder's, memoir, Pioneer Girl,  the adult version of life on the prairie that Laura wrote in the 1930's, but which no publisher wanted.  In this book there is domestic abuse, love triangles, and a whisky drunk who sets himself afire.

At last! We can read what it was really like to live under the banks of Plum Creek in a dug out house with dirt falling on the bed, and livestock coming through the ceiling, and just one little parchment window square  of daylight for 7 months of a prairie winter.  And, scarlet fever. And, childbirth. How did Ma not go mad?

I did devour the Little House books in 2 weeks when I was in the 5th grade, but even at the time, I thought Ma should have told Pa, Heck no! We're not leaving town to go out to Indian Territory, so I can live with my girls in a sod hut with a blanket for a doorway, because you're getting itchy. I can't wait to read this memoir! I'd definitely have been the kind of woman who stayed in a nice house back East, thank you.

p.s.  I'm still in my writing class, and still underperforming. On Week 3,  during class,
I found myself doing something I haven't done in many years:  I located a clock in the room and began to watch it. One effect of writing class I have noticed is that I am writing more things down,  and more ideas rush in to fill the space, causing me to write more things down.  Is this a good thing, or a bad thing? Time will tell.  Everything is fiction.

Thank you for a beautiful post. It was a perfect way to end a too-short week-end. I need this kind of beauty to take with me into my work week. I consider it a gift. Laurie

Your blog is spectacular!
spectacular: adjective, describing a certain chuckle which almost causes spectacles to fall off one's face.

Though I know of your intriguing interest in polar expeditions, it is delightful to hear that you have treasures ahead. I love the Laura I W section. Also I can barely imagine you as an underperforming writer but glad to hear you tell the tale.

ps: the weaving is colorfully intricate and waffles seem wonderful This comment is a bit long

Ha! I had similar thoughts as a child reading the Little House books:) Just another rung on the ladder to becoming a feminist!

Laurie, I hope it's a good week

Judith, you are. Spectacular!

Jennifer, it's hard not to be a feminist

I was so in love with the Little House in the Prairie books that I used to put on an old prairie dress that belonged to my mom as a little girl and jump from the top of the haystack two floors down into soft hay mixed with other stuff. On my grandmother's farm.

Perhaps your food is underappreciated, as mine is--but it's an acquired taste--new and exciting experiments in the kitchen--I am sure I would have loved those waffles!

I do not remember any walnuts or breadcrumbs. Fiction indeed!

From all the words you write down, you will extract the right ones to tell your story. Just like weaving, you go pick after pick, and something eventually emerges. Wonderful idea, those duck egg waffles!

to add to your dictum there's this: "all the stories are true." and it's perfect that i can't remember the source of it.

Dawn, how funny! They're remarkable books, and well written, too.

mmhaber, I'm not sure I want to write so many words. I'm sure you would like these waffles

Velma, I'm ok with attributing it to you

Looking forward to the Laura's book - hurry up November!

Hmm......why not put all that good stuff into a pancake. Waffles just don't move me. Or donuts? how about donuts?

Hilary! We've never disagreed yet. Who thought it would be this? Waffles! all those edges, crispy brown, all those little pockets to hold butter, syrup, blueberries, or sauce? Hilary! Waffle-weave texture for goodness sake, not boring, flat and ordinary pancakes. (Donuts are good).

If you make donuts will you invite me over?

Riverweave! I did make French Donuts - in my waffle maker! Don't wait for donut waffles to visit me

as for the winter time reading you could try this one:

story about the race to get serum to nome alaska - snow, cold and dogs too.... it's gripping & not too long either ;o)

might try that Laura book - i have to agree, it's not like life in wisconsin was a picnic... to my mind, Pa was a selfish nutter!